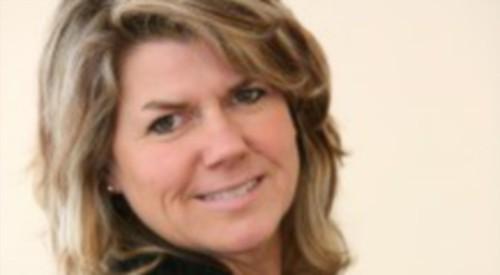 Helen Barnett, whose job was to improve the economic vibrancy of the town, said she had decided to leave after a “challenging” couple of months.

Henley Town Council, which employed her, is advertising for a successor.

Ms Barnett, who lives in Nuffield, said: “It was definitely time for me to go.

“I have loved my time in Henley and everyone has been really supportive, from my team to the retailers, to the wider community.

“But it is time for me to go back into the corporate world and I have got a job working as marketing manager in the property industry.” She started in September 2016, a day after the closure of Bell Street opticians Chilton Watson, which was the 13th town centre business to close that year.

Part of her role was to attract and retain retail businesses, increase the momentum of community events and grow tourism and footfall.

Ms Barnett said: “The shop vacancy rate was in double digits when I started and this is now down to about four per cent.

“I have helped to introduce the Henley Heroes awards, which celebrated our community. We established the wellbeing event and we changed how the Christmas Festival was run.

“It has been great to work with and promote the Henley Business Partnership and have that important link and for Henley to be put on the map for more than just rowing.”

Ms Barnett said the coronavirus pandemic had been very challenging but she was proud of the council’s efforts to keep the markets running, in line with government restrictions.

She said: “It was important to keep the market days for the livelihoods of the suppliers and also for those residents who wanted to use them and felt safer shopping outdoors.”

The role was previously known as town manager and before that town centre manager. The position was created in 2010 with equivalent roles in Wallingford and Thame.

Initially it was part-time and was funded by the town council and South Oxfordshire District Council.

In 2017 the district council cut its share of funding for the position, so the town council agreed to pick up the total bill.

Ms Barnett, who has two children, William and Amelia, previously spent 12 years as head of communications and marketing at the Bracknell Regeneration Partnership, a £240 million project to transform the centre of the town.

Town clerk Sheridan Jacklin-Edward said: “Helen has been a tremendous asset to the town. During her tenure, Henley has flourished.

“She has brought skill, inventiveness and flair to her role. She has fostered fantastic relationships with local businesses and has led on memorable events, including our wonderful Christmas Festival.

“During the pandemic, Helen worked tirelessly to support local businesses, shopkeepers and traders.”

Mayor Sarah Miller said: “On behalf of the people of Henley, I would like to thank Helen and to congratulate her for all she has achieved here.

“Henley is a wonderful place to live and work and Helen’s efforts, particularly during the pandemic, have ensured that Henley continues to go from strength to strength.”