Let's Get Down to Business: Darren West, Henley Self Storage 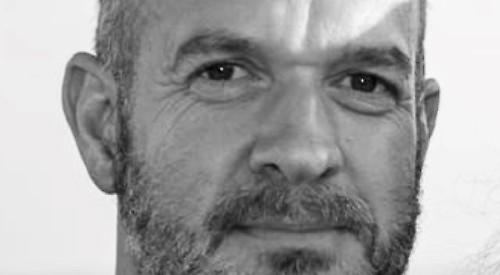 DARREN WEST is the proprietor of Henley Self Storage in Newtown Road, Henley. He was born in Middlesex before his family moved to Chalfont St Peter where he went to state school. Darren moved to Rotherfield Greys in 2005 and then lived in Bell Street, Henley, before moving to Holyport, near Maidenhead, where he now lives with his partner Deborah, a psychologist, two of her four children, two cats and koi carp. Darren is passionate about cars.

Henley Self Storage is a storage facility with units of varying sizes. We also have several units under the banner of Henley Village providing accommodation for very small start-up businesses (one or two people), including a barber shop, a nail bar and a gym.

Four of us, including me.

I left school in order to learn a trade. I trained to become a cabinet maker. When I qualified, the owner of the business told me I should leave otherwise I’d be there for the rest of my working life. My father was a developer and land agent so I joined him in the business. He was primarily a builder but I ventured into several other businesses, including a café on King’s Road in London and a transport company. We bought the building in Newtown Road in 1995 and initially opened several serviced offices as well as renting out part of the building. The business has evolved since then.

The planning for Henley Self Storage began in 2009 and the business was launched in 2012.

The building trade can be very much boom or bust, so I wanted a business that provided a regular cash flow.

My father had a lot of influence on me at the start. He taught me not only what to do but also what not to do. For example, he would always sell an asset and move on to the next project, whereas I’ve learned that it often pays to hold on to an asset and allow it time to appreciate in value.

I often wish I had gone to university and gained a qualification. Actually the one thing I really wanted to be was a detective. That police pension at age 40 appealed to me when I was in my teens.

What impact is the coronavirus pandemic having on your business?

Fairly neutral. The storage side of the business was stable but the office space suffered somewhat as people were reappraising their needs.

Probably a bit better, mainly because we looked at ways to reduce costs by not replacing machinery.

How do you market your business/service?

Almost entirely through word of mouth. Henley is a fairly small place so it’s easy to become known.

Freedom. Choosing to do things rather than knowing I have to do them.

People. Most of the customers come to us when major change is taking place in their lives. Moving house and divorce are most common, which often means they are stressed and may be prone to indecision. I have to be sensitive to that.

Not at all. Our website is almost entirely for information only.

How important it is to have good relationships with staff and customers. This builds loyalty, which is important when things get tough.

Have a plan that ensures you will still be in business in two years’ time no matter what your initial projections show. Think long-term survival in case the unexpected happens.

Honesty, being realistic about your own abilities and being prepared to employ people to do the jobs you don’t like doing.

Patience. I have lots of ideas but I don’t rush into things.

Starting the transport company as it took my focus away from my main business.

I’m pretty organised. We are in the process of digitising everything with the intention of being paperless within two years.

Casual. My father insisted I wore smart shirts and trousers when I started working with him. He even bought me a trouser press but now every day is the same. I have lots of identical T-shirts.

It would be too easy to say my mobile phone, so I’d say it’s my reMarkable electronic filing system, which is like a tablet without the internet.

The closest I get is reading about commercial success stories.

I believe it’s always going to be important to have a challenge, so I’ll simply work fewer days.