A RESTAURANT in Henley has been named the best outside London.

Shaun Dickens at the Boathouse was recognised in the Best of Britain category of the Tatler Restaurant Awards announced on Tuesday night.

It comes as a boost for Mr Dickens after the Station Road restaurant was closed for three months due to flooding. It will re-open tomorrow (Friday).

Jeremy Wayne, editor of the magazine, visited the business at the beginning of the year before it was flooded.

Mr Dickens and his wife Gemma attended the awards ceremony at the Savoy Hotel in London.

Mrs Dickens, who works as her husbands personal assistant, said: We didnt know about the award at the time Jeremy came to dine with us.

He contacted us afterwards with an invitation to the awards ceremony because we were to be featured in the magazine and we were completely surprised to win an award. For it to come at the time of our re-opening is amazing.

Mr Dickens praised his staff, saying: The award is not just for the restaurant, it is for the team. 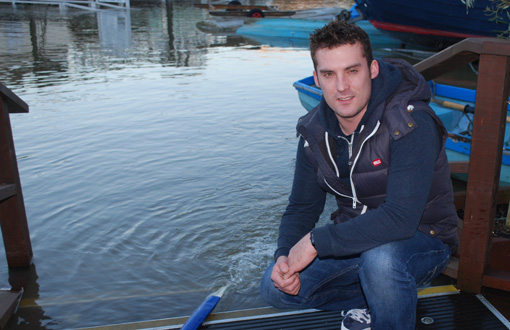