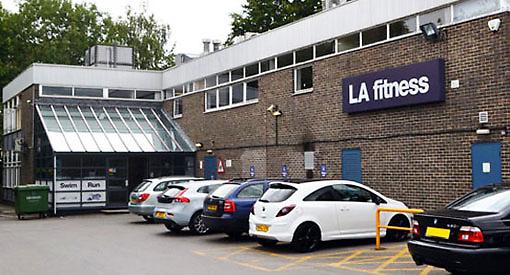 A BID to buy the site of the former LA Fitness leisure centre in Henley could be put together by the town council.

The land has been put up for sale by Henthames, of Essex, which bought the gym and pool off Newtown Road in 2015 and then secured planning permission to demolish it and build an 80-bed care home.

The land was listed as an asset of community value in 2015 following a public outcry over the sale, meaning the local community had to be given a chance to buy the site if it was later offered for sale.

If a community bid is registered by March 29, then Henthames won’t be allowed to sell to anyone else before August 15 but could still put it on the open market after that date.

The council has agreed to register an interest in buying the site following an appeal by Keep Henley Active, a residents’ pressure group which campaigned to save the gym and pool. Michelle Thomas, the group’s leader, told a meeting of the council’s finance strategy and management committee: “You know how many fought to save the building so we hope Henley Town Council will do something to help save this building.

“All we have to say is ‘yes we are interested and want to put a bid together’. Then we have six months to look at all the options. I am asking we keep the options open.

“If the council is not successful in finding a partner then it gives the community six months to try to sort it out.”

Councillor Ian Reissmann said: “Registering our interest gives us the opportunity to see whether the community as a whole is behind such a bid and whether the money can be found.

“If we can lease or sell the land to a business that can keep it going as a gym then we would have done our bit and kept it in the town.

“It’s fair to say the town council has not done a great job with the gym as a community asset. It was left to members of the public to register it as an asset of community value.

“We have not shown great leadership on this issue. This is an opportunity to correct that.”

Town clerk Janet Wheeler said the bid would involve convincing Henthames to sell to the community.

The company’s planning application was submitted in partnership with Hallmark, a care home operator.

The home would be a three-storey block with a main entrance off Mill Lane, a service entrance off Newtown Road and 33 parking spaces.

The committee agreed unanimously to register an interest in buying the site and to hire a planning consultant to help put a bid together.

Last year the town council agreed to employ consultants on an ad-hoc basis when issues arise with applications that contradict the Henley and Harpsden neighbourhood plan.

Meanwhile, the council is also to investigate having the parade of shops at the junction of Greys Road and King James Way registered as an asset of community value.

It fears the site could be redeveloped following the sale of the freehold on the six business premises and two flats for £1,450,000.

The identity of the buyer has not been made public.