Campaigner calls on stores to use less plastic 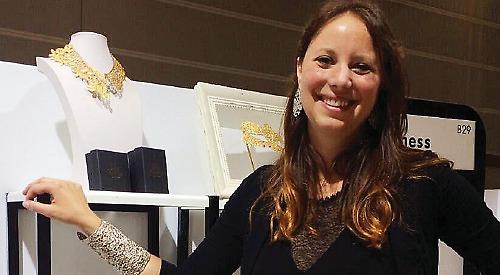 A HENLEY woman has launched two petitions urging the town’s supermarkets to use less plastic packaging.

Julia Carey is calling on Tesco in Reading Road and Waitrose in Bell Street to introduce a plastic-free aisle for fresh produce like fruit or vegetables so people can take it away in their own bags or baskets.

The married mother-of-two, who runs her own jewellery business, says it could serve as a trial which the two retailers could roll out across other branches if it is successful.

More than 1,500 people have signed the petitions, which she will present to the companies’ head offices at the end of the month.

Mrs Carey, of Reading Road, has always had a keen interest in environmental issues and wanted to “do something proactive” to tackle the issue of plastic pollution.

When she was 18 and living in Dover she would regularly organise clean-ups of the rubbish that washed up on the beach, typically consisting of plastic bags and food packaging.

The global scale of the problem was highlighted last year in the final episode of Sir David Attenborough’s documentary series Blue Planet II, which showed the impact on sea creatures and their habitats.

Mrs Carey, 39, said: “There’s a growing international awareness and people want to do something about it so I thought the supermarkets were a good place to start.

“I believe we’d all do so much more to solve the problem if we could. Nobody really wants to buy a hand of bananas in a plastic bag but we’re often reliant on the supermarkets.

“We lead busy lives, whether it’s through work, childcare or both, and it just isn’t possible for everyone to buy from markets. It would be wonderful to have the opportunity to buy more responsibly.

“Some people like plastic packaging because they think it’s more hygienic but it never used to be the norm and they’ll just have to get used to living without it.”

Mrs Carey said she was pleased that Blue Planet II had raised awareness of the problem.

She said: “When I organised the clean-ups, a part of me worried that I was crazy because it felt like I was much more upset by plastic pollution than anyone else.

“I feel vindicated because it has shown just how serious the issue has become and now many more people want to make a difference. Thank God for Sir David — he is an amazing person.

“I’m thrilled with how many people have signed the petitions as it’s more than I was expecting. I would hope the supermarkets would take notice because a lot of people support this and it would be good publicity to get behind it.”

Earlier this year, Prime Minister Theresa May called for plastic-free aisles and pledged to ban all avoidable plastic waste in the UK by 2042. She described the problem as “one of the great environmental scourges of our time.”

Tesco says it wants all its packaging to be recyclable or compostable by 2025 and has already taken several steps to this end. Waitrose has outlined the same goal for its own-brand goods.

To sign the petitions, visit www.change.org and search for “Henley plastic free”.