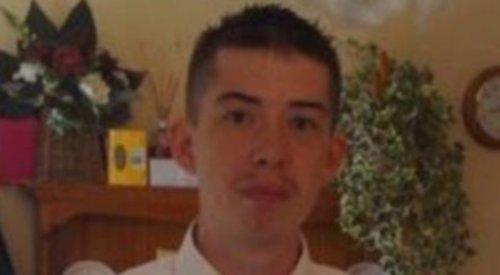 THE mother of a chef who died after being hit by a gritting lorry in Henley has claimed he was failed by the authorities.

Daniel James, 30, was killed in the accident in Marlow Road in the early hours of March 17.

Last week an inquest into his death heard that Mr James had been drinking heavily before the incident.

Mr James’s mother Linda Wellsteed says her son, who suffered from autism, was isolated after moving to the town from Bracknell and needed more support.

She says autism care should be tailored to individuals to stop them “falling away” from treatment.

In a letter to this week’s Henley Standard, Ms Wellsteed says: “While I appreciate that the Government provides, through local councils, a social care system for young people and adults with a diagnosis of autism, its ‘one-size-fits-all’ approach is far from effective.

“Autism is a spectrum disorder and those on the spectrum who are social, wanting friends, a home and jobs are slipping through the cracks and not receiving productive support because they refuse to conform to our social rules.

“They struggle because their brains are wired differently and cannot process to function like people who are not autistic.

“Some on the spectrum can seem as though they are self-gratified in their approach to life, which is what makes them vulnerable and susceptible to being taken advantage of as well as hard to guide and handle.”

Mr James had relocated to Henley just three weeks before his death after getting a job at the Bull in Bell Street pub.

She says: “This difficulty in coping with them is where they fall away from help.

“The Government clearly accepts that they are disabled by giving them money in the form of disability benefit but what they actually need is strategic guidance and structural support from highly trained, understanding, patient practitioners who can tailor the correct support so that they are less vulnerable in society.

“They can be negative towards receiving support because of the nature of their diagnosis but allowing them to fend for themselves leaves them open to a turbulent life due to an inability to use common sense and a keen desire to satisfy themselves because they operate in life differently.

“The Government clearly needs to recognise the magnitude of the relevant support needed as these young people and adults are growing in number and can be very intelligent, an asset to our society, instead of falling from grace and participating in our low-life environments.

“I am sure that if I had been allowed to give my son the time and guidance I wanted to he would still be here today.”

The inquest heard that Mr James had a blood alcohol level of 240mg, three times the legal driving limit, when he died.

He walked past his home in New Street after splitting off from a work colleague and either fell or lay down in the road before he was struck by the gritter.

Craig Thompson-Simpson, who was driving the gritting lorry for Skanska, Oxfordshire County Council’s highways contractor, had seen a man in the road only at the last moment as it was dark.

Coroner Darren Salter said he was not to blame for the collision.