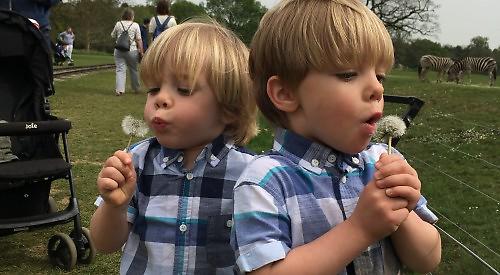 A FATHER who is fighting a rare form of cancer has a 90 per cent chance of responding well to treatment if he can raise another £70,000 to pay for it.

Nick Dipper, 51, from Highmoor, has cancer in his pharynx, which connects the back of the nose to the back of the mouth, and his only hope is treatment not available to him on the NHS.

He needs to raise £140,000 for immunotherapy, which helps the body’s immune system recognise and attack cancer cells, and has currently made half that.

Tests carried out last week showed that Mr Dipper had a 90 per cent expression marker, meaning he is very likely to react well to the treatment.

His wife Lisa says this makes it even more vital that they raise the money quickly.

Mr Dipper, a father of three-year-old twins, was diagnosed last summer and later discovered it had spread to his bones, lung and liver.

He was given just a year to live before his wife Lisa heard about the pioneering treatment. However, after being initially told that the health service would offer the treatment, the couple discovered that in fact the NHS was only licensed to offer it up as far as the mouth and that they would have to go private instead.

The couple started an online appeal for the £40,000 needed to begin treatment and another £100,000 for the rest of the course.

They passed the half-way point this week after a donation of £500 from a couple in their village.

Mrs Dipper said: “The tumour tissue analysis results shows that Nick is 90 per cent likely to respond to treatment.

“To have 90 per cent is almost as rare as the cancer itself. He’s an absolute prime candidate for treatment so if it’s not for him who is it for?”

Hundreds of people have donated, mostly online, while more than  £1,200 in cash and cheques has been sent in by readers of the Henley Standard.

Mrs Dipper thanked the donors but says more is needed if they are to start the treatment soon.

You can donate online as follows: