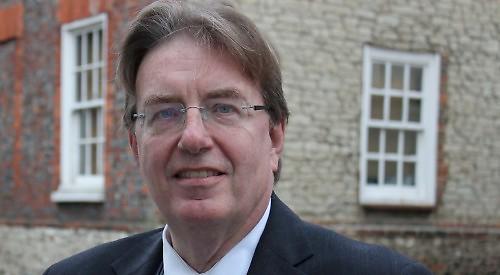 JOHN HOWELL has criticised the Government’s response to two petitions demanding increased funding for schools in the Henley area.

The Henley MP, who delivered the documents to Parliament in May, says ministers have failed to confirm that South Oxfordshire’s primaries and secondaries won’t have to keep cutting their budgets to make ends meet.

The Government has told him it is addressing “historic injustices” by changing the national funding formula to help schools meet their yearly running costs.

But Mr Howell says this won’t help schools which have struggled for years to maintain or improve their infrastructure due to rising costs such as pay and pension contributions.

Catharine Darnton, headteacher of Gillotts School in Henley, has said she must spend money intended for students’ education on maintaining its “crumbling” buildings.

One classroom has been shut for more than two years due to damp and chemical smells from faulty pipework and may have to be demolished. The school has also spent tens of thousands of pounds repairing blocked drains which were at risk of backing up and leaking.

There are similar concerns at Langtree School in Woodcote, which has cut back on services such as cleaning and fears it may have to drop subjects to meet growing staff costs.

The Government has helped plug its shortfalls with ad-hoc grants but head teacher Simon Bamford has received no assurance these will always be available.

More than 900 people signed a petition launched by Mr Howell in Henley while another 450 or so signed a second launched by Langtree parents following a visit by the MP.

The petitions called for additional funding in real terms as previous “increases” have been outstripped by inflation and rising costs.

They called for more equal funding across the constituency and to take into account that schools must now provide social care or tackle criminal behaviour following cuts to other public services.

The Government says it recognises the challenges schools face and has increased schools funding from almost £41billion in 2017 to £43.5billion this year. It says it is now directing more money to schools which have been under-
funded in the past or have a higher number of pupils who are struggling or from deprived backgrounds.

It says it is reviewing the entire schools estate in England and will consider capital funding issues as part of its forthcoming spending review.

Mr Howell said: “I recognise that core funding for schools and high needs has risen but in this constituency the increased education budget has simply not been felt. Teachers should not have to make savings by increasing class sizes, reducing teaching hours, cutting pastoral support and slashing service costs. Parents should not have to contribute towards running costs of their children’s school.

“I remain concerned that the figure for spending in schools beyond this year is based on an objective assessment of what it costs to provide education. Schools should get the full amount they have been told to expent and I will continue to press for these changes.”

“The requirement to provide extra funding to help those pupils who are most likely to fall behind is laudable. Unfortunately, it has failed to address my fundamental concerns on historic unfairness. This needs to be looked at on a broader basis of criteria, such as the effect that working in a school with poor conditions can have.”

Parents, pupils and teachers will march through the streets of Henley from 10am on Saturday, September 7 to highlight the issue.