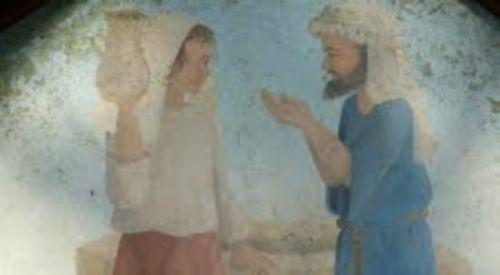 REBECCA’S Well in Crazies Hill is to be refurbished at an estimated cost of £5,400.

The Grade II listed brick structure is overgrown with weeds and there is a large amount of debris in the well that needs removing.

The Wargrave Heritage Trust has offered to pay for the work.

Over the years, it has carried out some work, including installing some iron railings over the entrance to make it more secure.

Parish councillor Andrew Luckwell told a council meeting: “I went up recently and had a good look around. The area is quite badly overgrown with ivy and brambles and it needs clearing out completely.

“There are areas where the weeds have got in and caused rotting. There is a significant amount of debris in the well which needs clearing out.

“Some of the branches are coming over from the neighbours’ gardens.”

Peter Halman, honorary secretary of the trust, said: “Perhaps the first thing to say about Rebecca’s Well is that it isn’t a well.

“It’s a natural spring and was one of the community’s main sources of fresh water for generations until late in the 19th century.

“This little historical gem belongs to Wargrave Parish Council and is now in urgent need of repair at an estimated cost of £5,400.

“Rebecca’s Well will be exactly 150 years old in 2020, so our restoration work can also be a birthday celebration. Our main task is to raise funds to assist with looking after public buildings of historical or architectural importance in the parish of Wargrave.

“The trust is very pleased to help preserve this delightful and important reminder of village life in years gone by.

“The trust has agreed to pay for the refurbishment, which will be carried out as soon as possible.”

Councillors expressed their gratitude to the trust.

Councillor Dick Bush, who chairs the council, said the well was not particularly deep but he recalled an incident where a dog managed to get inside and drowned.

Parish clerk Stephen Hedges said details of the contractor and the timescale for the work would be determined in the coming weeks.

The well head dates back to 1870 when Rev Greville Phillimore, the curate of Wargrave, raised £25 to provide a basin and the structure which remains today.

In recognition of his efforts, the well was called Phillimore’s Spring but it has since reverted to its traditional name.

The name refers to the Bible story in which Rebecca gave water to a needy traveller.

A painting of Rebecca on the well head was designed by Gertrude Jekyll, a famous Victorian garden designer, artist and writer who lived for a period at the house now known as Wargrave Manor.

The inscription reads: “Rebeka and the servants of Abraham at the well of Nahor. And the servants ran to meet her and said let I pray thee drink a little water of thy pitcher.”

The painting has been restored previously.

At the back is a carved stone inscription with a cross above in a segmental stone panel.