Defibrillator finally installed in park thanks to residents 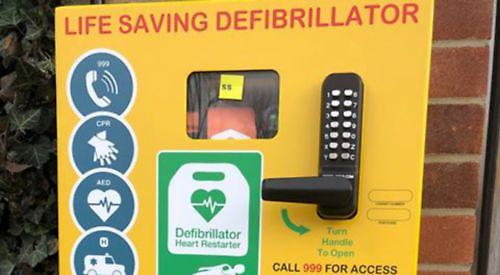 A LIFESAVING device has been installed in Caversham Heights thanks to a four-year fundraising campaign by a community group.

The Supporters of Albert Road Park raised £2,000 for the new defibrillator and held an unveiling ceremony to thank those who donated. The device is accessible by calling 999 in the event of a cardiac emergency. The caller will be given advice on how to use the machine while a paramedic will be sent out to take over treatment.

Carter Electrical Installations offered to fit the heated device to the public toilets free of charge and a plaque was donated by ADS Signs.

Reading Lions Club donated £500 after a successful pitch by the residents’ association, while Waitrose & Partners donated £389. The rest of the money was raised through a series of community events, such as fun days, bake sales and clothes collection days.

The association, which formed in 2015, has a committee of 11 people and they voted on how the money would be spent after considering other options, such as exercise equipment for the park.