‘Our four-year-old boy feels lost not going to Peapods’ 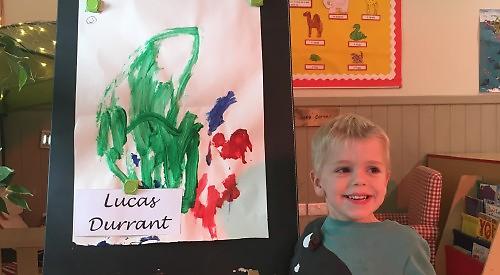 THE fundraising campaign was started by Jon Durrant, whose son Lucas has been attending Peapods for three years.

Mr Durrant, 37, of Wood Lane, Sonning Common, said the Hopcrofts had sent emails to parents saying they were worried about the future of the nursery.

He said: “There was concern about the long-term future without fees coming in and I wanted to step in and set something up for them.

“They are the sort of people that wouldn’t ask for help and the last thing we would want is for the nursery to close. If the children don’t go back until September, it is a long time for them without any money coming in.”

Lucas, who is four, will start primary school in September so could already have spent his last day at the nursery.

Mr Durrant, 37, said: “Lucas goes four days a week with one full day and the others as half days. Unfortunatley, he might not get an opportunity to go back, which is a very sad ending.

“We have always been impressed by how kind and friendly the staff are. We visited many nurseries before deciding on Peapods because we had such a good feeling about it.

“It isn’t easy leaving a child on their own at the age of one but part of the reason why it was easier was because it felt like we were leaving him with a family member rather than complete strangers.

“Lucas feels lost without it. We still take out half an hour each day to do circle time, like he would have at Peapods.

“His development and growth have been huge. He is a very outgoing little boy and a lot of that we put down to Peapods.”