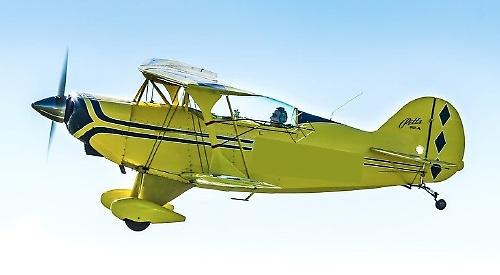 A CAMPAIGN has been launched to stop light aeroplanes performing stunts over Whitchurch and surrounding villages.

Geoff Weir, of High Street, says the problem has been happening for well over a decade but has become more noticeable now that the coronavirus lockdown has ended.

He says the aircraft frequently appear in the skies above people’s houses and perform aerobatic manoeuvres such as loop-the-loops, which produces a loud whining noise from their propeller engines.

The planes, which are mostly of a modern design, turn up on clear, sunny days and often at weekends while people are relaxing in their gardens.

They linger for up to 10 minutes and sometimes two or three will visit in an afternoon.

Mr Weir claims he has traced them back to White Waltham airfield, the home of the West London Aero Club, using websites which record aircraft movements.

The airfield accepts some flights are from the club but says those sites do not record every small plane so others could have come from elsewhere.

Mr Weir, a former secretary of the company that owned Whitchurch toll bridge, says villagers became resigned to the situation but appreciated the silence when the flights stopped during lockdown.

They have started again after the restrictions were lifted and Mr Weir says people want them to stay away. He and his supporters say the pilots should avoid built-up areas as there is plenty of open countryside nearby.

They say the visits go against a 2015 law banning stunt flights “over the congested area of any city, town or settlement” and another requiring airfields to consult the public on matters affecting their day-to-day lives.

Mr Weir believes complaints have been overlooked in the past so he is asking the airfield to explain its consultation procedures, to promise that it will treat concerns seriously and to treat Whitchurch as a built-up area in future.

The campaigners will then encourage fellow residents to submit a complaint whenever they are disturbed. According to the Civil Aviation Authority, the airfield has a duty to investigate and respond.

Mr Weir said: “It’s a free country and people can do what they like but they shouldn’t do it over settlements or in a way that disturbs others. There’s plenty of open space, even if it means they have to fly a bit further.

“After several months of silence, people are noticing it in a way that they didn’t before. It’s not just the volume — the noise has a very whining quality as they go round in a loop so it’s incredibly irritating. It also tends to be at a time when you’re out in the garden enjoying some peace and quiet in the sunshine.

“People have always been a bit angry about it and I’ve had a few people privately messaging me since I started the campaign.

“Some people feel their complaints have been overlooked in the past but I’m hoping for a positive dialogue and I have no reason to believe they won’t engage with us constructively.”

Mr Weir’s views are shared by Malcolm Smith, of Goring Heath, who wrote a letter to the Henley Standard on the matter last week.

Mr Smith said: “I took my guitar into the garden but had only just started to play when a staggeringly loud biplane started performing stunts overhead. I could not hear my own playing so gave up.

“My ‘noise’ affected only two or three people whereas the footprint of the stunt plane was probably affecting hundreds or even thousands.”

Mark Green, the airfield's deputy manager, said its pilots would not perform stunts directly above the village though it might sound like they were.

He said they were asked not to fly over the same area more than once a day. One pilot has also been asked to modify their plane to make it quieter.

Mr Green will put Mr Weir's in touch with the airfield’s consultative committee, which liaises with the public over noise and other concerns.