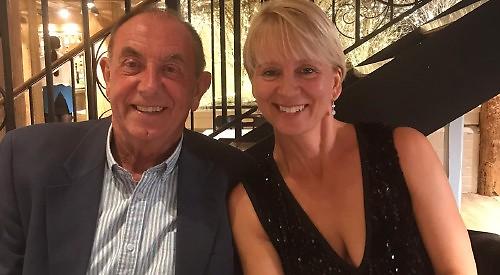 A WOMAN from Caversham is walking the equivalent of the scenic route from Land’s End to John O’Groats in aid of two animal charities.

Joanne Bell, 53, is attempting to complete a total of 1,083 miles to raise money for SPANA, an international working animal charity, and SHADH, a charity that cares for working and abandoned donkeys in Israel.

She took on the challenge for something to keep her busy while on furlough and to raise money for causes she is passionate about.

Mr Bell said: “I started on January 29 and so far have been averaging just over 11 miles a day.

“I hope to finish the whole thing within 84 days, which will bring me to the end of April.

“The walking has been quite easy so far but at the end of the day I do like to sit down with a glass of wine.

“I like trekking and walking and I prefer that to running as I can walk for hours. I’m good at running but only short distances.”

Mrs Bell, who lives with her husband Geoff, 71, and their 12-year-old chorkie Alfie, has been on furlough for a year.

She works in the box office at The Mill at Sonning, which had to close due to the coronavirus pandemic.

She said: “Being put on furlough, I had a lot of time on my hands and I wanted to do something useful.

“I’m looking forward to getting back to work as I’m a very active person, I can’t just sit about. I’ll be glad when everything goes back to normal.”

Mrs Bell, who has three daughters, Maria, 17, Ellie, 22, and Georgie, 24, is doing most of the walks by herself. She said: “I vary my walks a lot and I log each one at the end of the day. I’ve got a few Just Giving pages for the two charities and my daughters have been very generous in donating.

“My husband likes walking so he has come along for some of them. Unfortunately, Alfie is quite old so he can only do short walks at the moment so I’m mostly on my own.”

Mrs Bell, who has already raised £170, also ran the virtual London marathon in October in aid of a number of animal charities, including Compassion in World Farming.

She said: “The two charities I’m donating to this time are for working animals and they’ve had a hard time with funds because of covid, so I would like to raise as much as I can.”