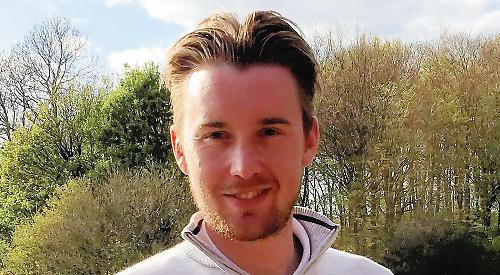 RICHARD CRAVEN was in fine form to claim the honours in Division 1 of the April weekend medal and Lombard Trophy qualifier at Caversham Heath on Saturday.

Craven recorded 10 pars and six birdies in his round of net 68, coming home in three under par. Archie Smith was second with net 69 with Benjamin Curran holding off the challenge of Mathew Brakspear, Andy King and Gary King, all with net 74, to finish third.

Division 2 winner was Colin Stoute with net 70. Runner-up was Darren Lawrence with net 71 and third was Craig Hutt with net 73.

Javier Dieguez won Division 3 with net 70. Andy Ward was second with net 72 and third was Steve Wright with net 73.

Craven, Stoute, Lawrence, Dieguez and Ward all received a one-shot cut in handicap.

Andy King won Division 1 of the April midweek Stableford on countback from David Cuthbertson, both with 38 points. Countback was needed to find third place with Andy Holmes getting the nod ahead of Andy Horn and James Day, all with 37 points.

Division 2 winner was Jason Springer with 21 points. Margaret Deighan was runner-up with 37 points and third was Jack Bristow with 36 points. Deighan had a chance coming to the last hole, but scored a quadruple bogey.

Cuthbertson, Holmes, Springer and Deighan all saw a one-shot cut in handicap.