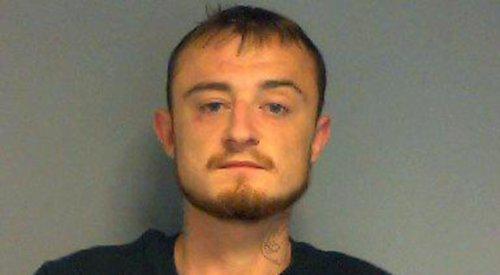 A BANNED driver who seriously injured a cyclist when he hit him with a stolen car has been jailed for two-and-a-half years.

Robbie Martin, 26, of Forge Close, Caversham, was at the wheel of the Ford Fiesta when he struck the cyclist in George Street, Reading. on July 7.

He failed to stop and continued along George Street before turning right into King’s Road where he collided with a parked car.

He then drove from Queen’s Road back into George Street, where he collided with the pavement and a bollard.

Martin, who had stolen the car from a relative, was sentenced at Reading Crown Court after admitting a series of offences, including causing serious injury by dangerous driving, aggravated vehicle taking, driving while disqualified and while unfit through drink, failing to stop and breaching a suspended sentence for assault.

He was also disqualified from driving for six years and four months.

The court heard that the cyclist required surgery for the injuries.

Pc Sally Barden, of the Thames Valley Police roads policing unit, said: “On the day of the offence, Robbie Martin showed complete disregard for the public’s safety and for the law when he committed multiple driving offences within a short timeframe.

“I am pleased that Martin has pleaded guilty and a swift justice process has now followed to ensure he is brought to justice for his offences and is no longer a danger on our roads.”