Teenager to volunteer in Zambia 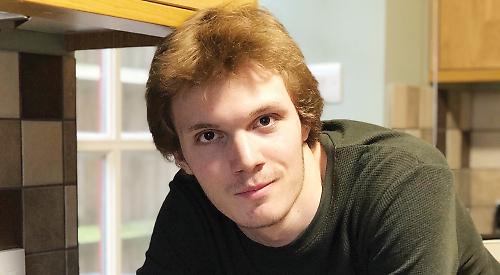 A TEENAGER is to spend three months in Zambia as a volunteer.

Calum Hawkes, 18, of Rufus Isaacs Road, Caversham, will be helping to raise awareness and offer education on reproductive health, including lessening the spread of HIV.

He will stay with a host family and work in the country’s Samfya district as a youth volunteer with the International Citizen Service, a government-subsidised scheme which is part of UK Aid.

The Government will pay for the trip but Calum wants to raise £1,500 for international development charity Voluntary Service Overseas and has already made £1,600 via JustGiving.

The teenager, who lives with his parents Gavin and Margaret, signed up for the scheme in August after completing his A-levels at The Henley College and was assigned Zambia for his trip.

He will fly out on Sunday and his work will focus on addressing challenges such as harmful sexual behaviour, economic poverty, stigma and discrimination, child marriages and abuse and adolescent pregnancies.

Calum said: “ICS is not dictating to the communities what to do. It’s more to raise awareness. It’s saying, ‘this is what you could do if you wanted to. We recommend you listen to what we’re saying’. It’s an exercise in soft power.

“This is my gap year and I thought it would be a wonderful thing to do. The majority of my friends have gone straight to university and that’s great but if I can get three months volunteering overseas and a university place that’s all the better for me. Who’s to say I won’t come back and be a diehard humanitarian?

“I’m really looking forward to it. I’ve heard good things about Zambia. It’s a beautiful country and I if I can do a tiny bit of good, it will be worth it.

“The support on JustGiving has been fantastic and I don’t want to let any of the supporters down.

“Of course there are risks. Guns aren’t as regulated as they are here and walking around at night is a no-no but we’ll be under a curfew anyway. We need to stay in a group at all times and not travel or walk around alone.”

He will return on April 14 and plans to start university in September.