Please get on board, says bus company after route changes 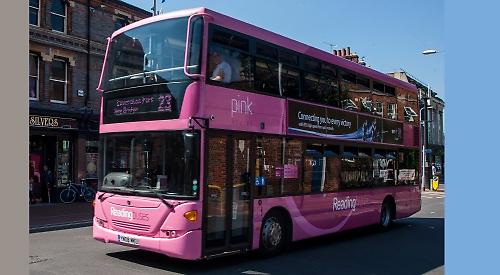 BUS routes in Caversham are to be shaken up in a bid to cut costs.

From February 19, Reading Buses is to combine its 22 service between Caversham Heights and Reading town centre with the number 19 serving Lower Earley.

The new route, which will be rebranded “red 22” to avoid confusion with the “pink” services serving Caversham exclusively (pictured), will continue south beyond the Royal Berkshire Hospital to the Asda supermarket at Chalfont Way, Earley.

It will continue to run every half an hour during the weekday rush hour with an hourly service at weekends and a smaller vehicle on Sundays to reflect reduced demand.

Return tickets on the new route may also be used on Thames Travel’s X39 and X40 services, which run from the town centre to St Peter’s Hill and Woodcote Road, Caversham.

Meanwhile, the 23 and 24 routes, which currently serve Caversham Park and Emmer Green respectively, are to be combined.

They will run every 20 minutes in both an anti-clockwise and clockwise loop serving Reading Bridge, Caversham Park, Emmer Green, Hemdean Road and Caversham Bridge.

The 25 to Peppard Common via Caversham centre, Emmer Green and Sonning Common will undergo “minor timetable changes” but the route remains unchanged and the service will still run every 30 minutes.

The 27 and 29 “shuttle” buses from Lower Caversham to Reading town centre will also be combined into a loop running every half hour, again with “minor” adjustments. The company says the changes are needed to keep the routes viable as demand wasn’t high enough to support the existing arrangement.

In October it consulted on changes that would have axed certain stops in Caversham, including several in the southern half of Caversham Heights and along the hill on Rotherfield Way and Southdown Road.

However, it revised its plan following objections from residents and Reading East MP Matt Rodda.

Chief executive Martijn Gilbert said: “Routes in Caversham have been losing money for the last few years and the company has had to look at changes to improve efficiency and reduce costs to keep the routes sustainable.

“We have worked hard to shape a plan which will achieve the best possible solution. We have found a way to operate the routes more efficiently, better matching current demand while introducing improvements we hope will prove popular.

“There are elements which we trust will motivate more people to use the buses, which is paramount if these services are to be sustainable into the future.

“Joining the 23 and 24 to link Caversham Park and Emmer Green was highly requested during consultation so that residents of either area had easier access to doctors’ surgeries and schools.

“We have added more direct buses from Caversham centre to Lower Caversham, which again was requested through the consultation. We have also been able to a maintain service on Albert Road and The Mount in Caversham Heights, despite the low usage of these stops and, after our final round of revisions, we are delighted to be able to continue to provide a Sunday service in this area.

“We’re encouraged by the strength of feeling the local community has shown in response to our consultation.

“However, we must reiterate that it is one thing to respond to a consultation to keep the service running and quite another to maintain the service in the face of dwindling customer numbers.

“We encourage everyone who has written, tweeted, phoned and emailed to now get on board the buses so that they are well-used to ensure their long-term future.”

Helen Lambert, chairwoman of the Caversham and District Residents’ Association, said: “We very much appreciate the work that Reading Buses has put into listening to people’s opinions.

“They’ve made significant changes since the first proposals, which caused a lot of concern because several stops would have been lost. These were in hilly areas, which would have been a particular problem for older people.

“However, there are a number of disappointments on the new timetable. For example, there’s only an hourly service on the 22 during off-peak hours and a few 40-minute gaps instead of half-hourly ones at peak times.

“I’d hate to see more people resort to using their cars, which would contribute to traffic problems in Caversham and the centre of Reading.”

Mr Rodda said: “There are still concerns about the frequency of buses on one of the routes and I will be working with the bus company to seek further improvements.”