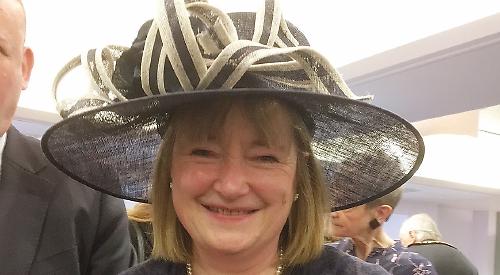 A CHARITY boss from Caversham has been presented with her British Empire Medal.

Frances Woolaway, of Winterberry Way, was recognised in the New Year’s Honours list for her work with the Ways and Means Trust in Peppard.

She was presented with the medal by James Puxley, the Lord Lieutenant of Berkshire, at a ceremony at the University of Reading.

Mrs Woolaway, 58, is the chief executive of the charity, which improves the lives of disabled adults by providing
rehabilitation and training.

She was also honoured for her community work in Caversham, where she has lived for most of her life.

When it came to the presentation, Dr Christina Hill Williams, one of the deputy lord lieutenants, told the 80-strong audience about her achievements.

“It was brilliant, absolutely brilliant,” said Mrs Woolaway. “I had no idea what to expect when we arrived but it was a super afternoon for us.

“It was uplifting and heartwarming to be part of the afternoon and I was made to feel incredibly special. It made me realise all the community things which are going on in the background.”

The next day she took the medal to work.

Mrs Woolaway, who has worked for the charity for almost 20 years, said: “I showed it to all the adults and it has been much shown around because it’s a thing to be proud of.”

The Ways and Means Trust was founded by Dr David Duncan, a consultant psychiatrist at the former Borocourt Hospital, near Peppard, to help rehabilitate patients with mental health issues.

It was originally based at Huntley and Palmers in Reading before moving to Caversham in the Seventies. It opened Greenshoots, a horticultural therapy unit, at Manor Farm in Peppard in 1997 and moved there itself in 2014.

The charity also has a packaging operation, a cleaning company and a canteen teaching unit.

The ceremony also included the presentation of the Queen’s Award for Voluntary Service.

One of the recipients was Caversham Good Neighbours, which provides transport for the elderly and disabled and arranges visits to the sick and housebound.