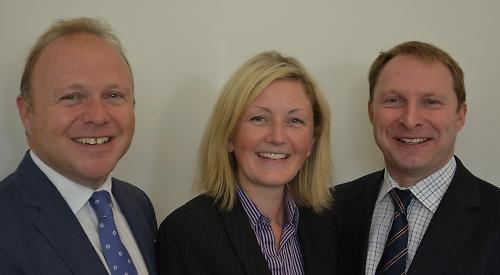 A FUNERAL directors in Henley has been nominated for an industry award.

A B Walker in Reading Road has been shortlisted in the Funeral Planner of the Year Awards.

The independent family firm will be representing the southern region.

Director Julian Walker, the fifth generation of his family to run the business, said: “We are at the heart of the community and delighted that the service we provide has been recognised with this nomination.

“We have seen soaring demand for funeral plans. Death is something that no one wants to think about and that’s natural but for many people planning their funeral has brought peace of mind. Planning ahead can help to ease the financial and emotional burden on loved ones at a distressing time.” The company, which was established in 1826, has eight branches, including one in Caversham. The awards are run by funeral plan providers Golden Charter.

Suzanne Grahame, chief executive of Golden Charter, said: “This nomination demonstrates the excellent service the team from A B Walker has delivered to their community, by helping individuals through the funeral plan process and supporting families when they need it the most.”

The prize is funding towards advertising, a staff celebration and a dedication of trees from the Woodland Trust.

The awards ceremony will take place at the National Museum of Scotland in Edinburgh on September 15. The event will be hosted by broadcaster Ken Bruce.