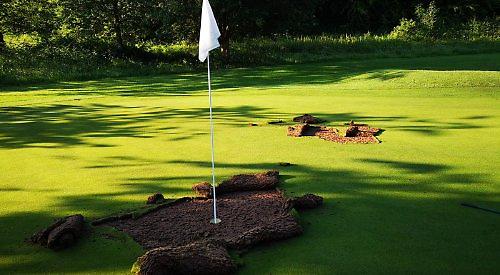 Two sections of turf were ripped up on the 14th green sometime between 8.30pm yesterday (Thursday) and 7am today.

Gary Stangoe, the club’s general manager, described the damage as “mindless vandalism”, adding: “no excuse for it whatever.”

It plans to sell its land for housing but says it will leave by no later than March 31, 2021.