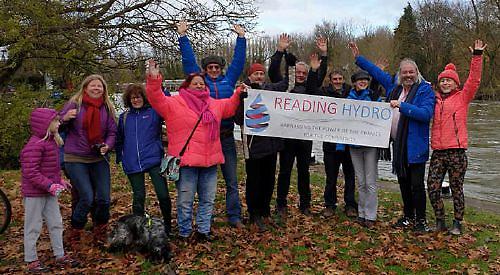 A RENEWABLE energy scheme involving hydro-electric power can go ahead as campaigners have surpassed their fundraising target.

The money will allow it to install two Archimedes screws at Caversham lock and weir capable of generating enough electricity to supply renewable energy to about 90 homes every year.

It will also pay for improvements to the environment around View Island, including a new fish pass to help fish and eels move up the river.

The project received planning permission from Reading Borough Council in 2015 and licences were granted by the Environment Agency the following year. Construction is expected to begin in the summer.

Andy Tunstall, a director of Reading Hydro, said: “It appears that the combination of a renewable energy source, a reasonable financial return and a community fund instead of profits has really excited people.”