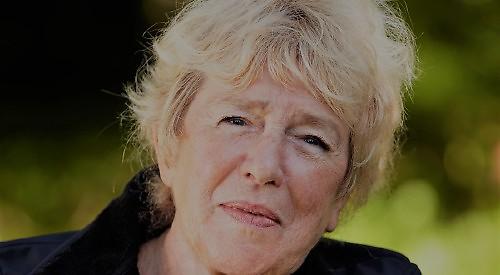 A CRIME writer from Caversham features in a video series to raise money for a charity.

Vera Morris, 82, shows off her garden in the film in aid of the new £3million Thames Hospice at Bray Lake.

She said: “I have helped the charity occasionally but the person who contacted me I know very well. She had been in the garden several times and she always liked it, which is nice.

“Some of the other gardens in the video are bigger and grander than mine so I suppose my garden will be more relatable.”

Mrs Morris, former headteacher of Chiltern Edge School in Sonning Common, says she is an obsessive gardener and grows rasberries, kale, cabbage, peas, among other plants.

Mrs Morris said: “The garden has been a saviour during the lockdown for me and I am sure for many other people too.”

The hospice is due to open next month.

Mrs Morris said: “The site is not quite complete but it looks fantastic. This is so important, especially with Sue Ryder closing down.”

• Mrs Morris’s fourth book in the Anglian Detective Agency series, The Ship of Death, will be published by Headline on October 15 and will be available from Amazon and Kindle.