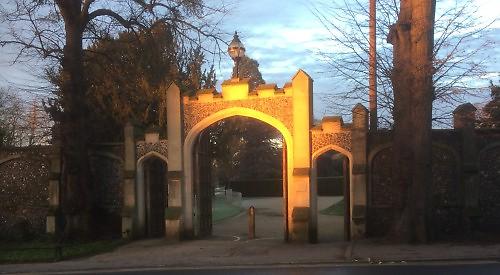 CAVERSHAM has been named as one of the best places in the country for city dwellers to move to.

The Compare My Move website compared data based on factors such as average house price, median salary, hours of sunlight and download speed in more than 70 rural towns and villages.

It has come up with a top 10 of the best places people currently living in cities might consider moving to.

It has 1,522.9 annual average hours of sunlight and average rainfall of 635mm a year while there are 21 restaurants in the area. All this gives it an overall score of 77.44 out of 10. The highest placed village was Shere in Surrey. It came third with 85.52 points.

In first place was Guildford, followed by St Albans, with 87.45 and 86.48 points respectively.

Dorchester and Wallingford, both in Oxfordshire, came fourth and fifth, with 81.43 and 77.83 points respectively

Dave Sayce, managing director at Compare My Move, said: “The covid-19 pandemic has seen many people reconsidering their living situation, with a large number of city dwellers ditching urban living and relocating to rural areas for a slower-paced life in the English countryside.

“It’s easy to see why people are choosing a quiet life in the country as the UK is home to some of the world’s most beautiful rural towns and villages. However, relocating can come at a large cost, particularly with hidden fees, such as the cost of removals.

“It’s not surprising to see the top rural destinations are near London, with the likes of Guildford and St Albans proving popular places for Londoners to escape to, while having the benefit of quick and easy transport links into the City.”