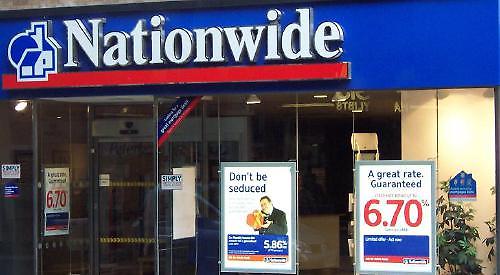 THE only remaining bank in Caversham is closing despite a community campaign to save it.

The Nationwide branch in Church Street, which has a cash machine, has failed to get a second reprieve.

It follows the closure of NatWest in Bridge Street in 2019 and Lloyds in the same street in 2016.

The decision comes seven years after plans to close the branch were scrapped following a similar campaign by residents.

Nearly 800 people signed an online petition against the closure this time, but Nationwide bosses remain adamant that the branch is not viable.

Mr Rodda said: “I have tried to persuade Nationwide to put its decision to close the branch on hold while further options were explored. However, in a recent meeting, managers have confirmed that they are closing the branch.

“There was a large response to my survey on this important local issue and I raised residents’ concerns and briefed them on the large number of local people who raised concerns.

“Nationwide managers said in response that their own contact with society members did not indicate that the same level of concern as they experienced in other areas where branches have closed.

“I am deeply disappointed that the branch is closing and I wanted to reassure you that I am going to continue to campaign for residents to be able to access a local bank or building society in person in Caversham and Emmer Green.”

He said he would investigate the possibility of expanding the use of local post offices and see if staff from other banks and building societies would visit groups of customers to allow them to access services.

The nearest alternatives will be in Broad Street, Reading, School Road, Tilehurst, and Crockhamwell Road, Woodley, all within no more than 4.4 miles.

There is also a branch in Market Place, Henley. Nationwide has pledged not to leave any town or city without an outlet until at least 2023.

The nearest cash machine is at the Esso garage and Tesco Express convenience store next door.

Chris Walton, chairman of the Caversham Traders Association, said: “In 2013 they tried to close the branch and we campaigned and we got them to reverse the decision.

“The people at Nationwide who tried to close the branch didn’t even know where Caversham was.

“Caversham has a large elderly population, my mum being one of them. She doesn’t do internet banking so she will have to get in a car or public transport and go to Tilehurst, Reading or Henley.”

Nationwide has told customers that it tries to avoid closures but the Caversham branch was too costly to justify retaining it.

It said the branch was handling 25 per cent fewer transactions in 2019 than in 2014 while only 27 per cent of customers used it exclusively.

A spokesman for Nationwide said: “There are some towns and cities where we have more than one branch and sometimes one is used much less or will cost too much to bring up to standard.

“Unfortunately, that’s what happened in the case of Caversham... with older branches, we have to think about how much we’d need to spend to bring it up to date.

“Where costs are high, we choose not to spend our members’ money if there’s a better alternative.”