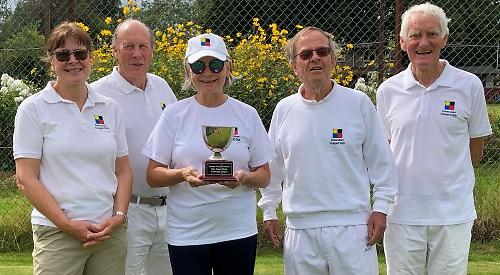 Pegrum’s victory over the club chairman was closer than the scoreline suggests and Caversham’s AC final was even tighter, David Dibben eventually beating Carol Jamieson 7-6, 5-7, 7-5.