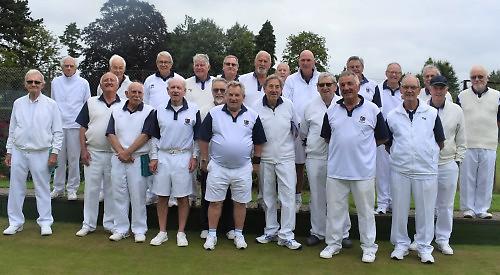 The club held a celebratory match between “ladies” and “gentlemen” at the ground in Albert Road park, which was won by the ladies team.

Margaret Taylor, the club’s president, said: “It was a very good match and everyone seemed to enjoy themselves. We also had former players joining us and it was very enjoyable.

“The club was only men up until 1971 and the ladies’ section was formed 50 years ago this season so we decided to celebrate this milestone and it was a great day.”

There were refreshments and a raffle which raised £180. The club also celebrated its 99th anniversary this year.