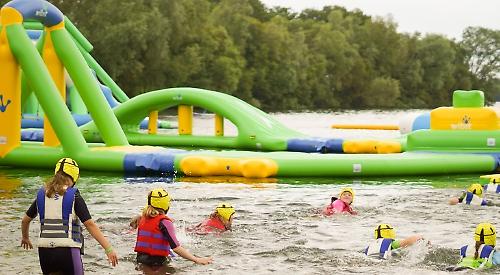 A WATERSPORTS centre
in Caversham which has operated without permission for more than a year is facing an enforcement investigation.

Following complaints from residents, it sought retrospective permission from South Oxfordshire District Council, the planning authority, for the northern lake to be used for sport and recreation.

However, the council has now refused consent, saying the ecological impact had not been properly assessed and there was likely to be a net loss in biodiversity.

It also said not enough information had been submitted to determine the effect on traffic and it was felt the business would increase vehicle movements in an area unsuitable for large numbers.

A council officer will now visit the site, which could lead to enforcement action.

If the company appeals, it would be entitled to stay open until the appeal has been heard by an inspector.

Councillor David Bartholomew, who represents Sonning Common ward on the district council, said: “The way that the operators have handled this process has been very poor in terms of not being compliant with legislation.

“It is a shame because if they had taken a co-operative approach from the outset and allowed the concerns of the community to be expressed and resolved, a lot of people would have supported it.

“Many aspects of the scheme are laudable. Things that encourage swimming and outdoor family activities are to be encouraged but it is wrong for someone to go ahead with a development without planning permission and breach the democratic process without giving consideration to the views of neighbours.

“There are additional safety aspects. The key highway concern was that there was no proper signage or pedestrian provision going from the traffic lights in Henley Road to the facility.”

The company asked to be able to operate from 6am to 8pm, offering activities such as kayaking, swimming and paddleboarding.

Eye and Dunsden Parish Council had raised concerns about wildlife and highway safety.

Chairman David Woodward said: “In planning terms, this is the right decision because the application was so obviously flawed in so many ways.

“It’s way too big for what the site is capable of. They have shown a disregard for the planning system from the very start, which is regrettable.

“I fully understand that a lot of people will be disappointed and they will potentially be losing access to a great facility but the application has to be right.

“Swimming is absolutely great and should be encouraged but they have noisy music and events that are quite close to people’s houses on the edge of Reading.

“Pedestrians and people using the junction have to be safe. We also have to be safe from the increased flooding risk and people have to be protected from noise. I hope they will get that right and come back with an operation that is much reduced in scale and suits the location.”

Cllr Bartholomew said: “The applicant can — and almost certainly will — appeal, which will delay any enforcement action. The other complication is that the application didn’t cover all the activities that are currently taking place, such as music events and camping.

“It could drag on for a long while if they seek to appeal.”

Martyn Edwards, founder of Caversham Lakes, has said previously that the council had been provided with “everything necessary” and “at considerable expense” following the submission of additional information.

He also said significant attention had been paid to ensuring wildlife would not be harmed.

Andy Meader, of AM2 Planning, wrote to the council saying the centre had brought many benefits, such as employment and opportunities for schools and charities, and that local doctors were advising patients to use it as part of their treatment.

He said: “The applicant is obviously very disappointed to hear that the work undertaken by the ecologist is not considered sufficient to address the council’s concerns on the matter.

“It appears that they are raising concerns about generation of noise through the operation of the bar on site, music and fireworks. This didn’t form part of the application.

“I trust it is clear that the applicant has every intention to continue the operation of the site in a manner that receives support from the planning department.”

Before Caversham Lakes opened, the area had been vacant for 10 years. It was previously used by Tarmac, which runs the quarry in Playhatch Road, Sonning, to extract gravel.