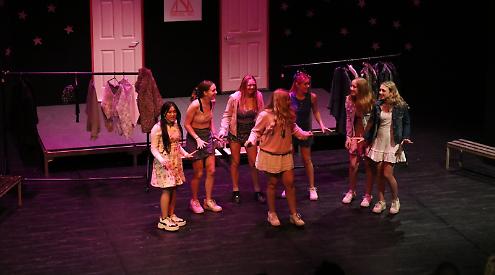 Sixth form students Claudia Mowat, Paris McKenzie-Grey, Esther Bausor, all 17, and Maddie Deeks, 16, organised and performed in the show.   They had to sell tickets, create posters and design the sets.

The money has been donated to Trust House in Reading, which supports victims of sexual abuse.

Ben Stephenson, director of sixth form, said: “The show was so impressive. The year group did everything, from casting to rehearsal schedule, with almost all the students contributing in some way.”

The show played to packed houses each evening in the school’s performing arts centre.