4x4 ran over our dog on front drive and then left 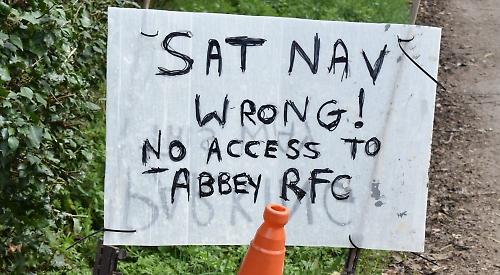 A COUPLE have told how their dog was run over and injured by a 4x4 driver turning round in their driveway.

The incident happened only two weeks before an ambulance was delayed when it used the rural road, which turns into a byway that is not suitable for vehicles, as reported in last week’s Henley Standard.

Mr Hall, 79, was in the couple’s stables on Saturday, March 10 when he heard a yelp from outside and realised it came from their 10-year-old border collie Lucy.

He went outside but could not see either Lucy or their Labrador Lettuce and was so concerned that he did not get a proper look at the vehicle.

Mr Hall said: “There was an awful squeal from Lucy. I was looking for her but she had gone back towards the house.”

The dog’s rear left foot had been injured.

Mrs Hall, 76, who is a member of Kidmore End Parish Council, said: “Lucy was screaming her head off and my husband came in to say she had been hit. She came in dripping in blood.

“We rushed her to the vet. She had ripped the bottom off her foot. Her pad had gone. There was blood everywhere.

“It will take a long time to recover as so much of the paw was torn off. You could see the bone and her eyes were full of agony — border collies are very expressive dogs.”

Lucy’s paw was stitched and put in a cast at the Larkmead Veterinary Group in Cholsey. It will take weeks to fully heal and Lucy limps and tries to avoid placing her paw on the ground.

Mrs Hall said: “It is going to be a long, long time before she recovers.”

The vet’s bill cost the couple more than £500 as they don’t have pet insurance.

“We feel very upset about that car. They have no right to come down our drive, turn and drive off. It is private property. Nobody has come forward, which I think is heartless. We had rather hoped that somebody would. My husband was so appalled at what happened, which I would describe as careless driving.”

The Halls believe the driver may have been trying to use Chalkhouse Green Lane as a short cut to Reading Abbey Rugby Football Club.

The lane begins just outside the couple’s property but further along becomes impassable by vehicles.

On March 24, an ambulance was delayed getting to the club when a young player had suffered a broken leg.

Fortunately, the air ambulance had also been called so paramedics were able to treat the player before the road ambulance finally arrived and took him to hospital.

That was the second such incident in as many months.

Meanwhile, on Bonfire Night, 10 vehicles got stuck in the lane after attending a fireworks display nearby.

On another occasion a man who helps at the Halls’ farm had to tow out a Peugeot that had become stuck.

The couple would like the official sign at the entrance to the lane to be replaced as it is damaged. They have put up their own homemade sign to warn people.

Mrs Hall said: “People drive much too fast and they just think the sign is silly and do not bother to read it.”