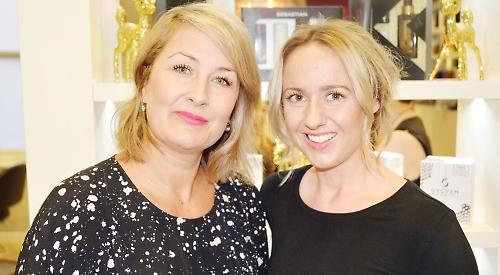 TWO women raised thousands of pounds for charity by cycling 280 miles across Asia in six days.

Karen Kennedy, from Whitchurch, and Lily Jackson faced temperatures of up to 40C as they rode from Ho Chi Minh City in Vietnam to the Angkor Wat Buddhist temple in Cambodia.

They would set off at 7.30am and ride for up to seven hours a day, stopping every 10 or so miles to drink water, eat a snack and rest for 15 minutes before getting back in the saddle.

Their efforts have so far raised £4,500 for Alzheimer’s Research UK, Cancer Research UK and the Alexander Devine children’s hospice in Maidenhead.

Mrs Kennedy, who owns the Indigo Rye hair salon in Church Road, Caversham, signed up when Miss Jackson, her branch manager, announced in April that she was undertaking the challenge.

Miss Jackson, from Camberley, had previously hiked the Inca Trail in Peru.

Mrs Kennedy, who lives in Whitchurch high street with her husband Ian Cole, trained for six months by riding an exercise bike during the week then cycling longer distances at weekends, including the 38-mile round trip from Reading to Newbury via the Kennet and Avon Canal.

She said: “When Lily said she wanted to do a charity bike ride, I suddenly heard myself saying, ‘I’d love to do that too’. It was quite a big undertaking but I had six months to prepare.

“I really wanted to do it because it felt achievable and I absolutely love Asia. I’ve been there more than 30 times but had never visited Cambodia, so this was a chance to do that.

“I never managed to ride 50 miles while training, which was the distance we had to achieve on some days, so I was slightly anxious but I was determined to see it through.

“As a hairdresser, you’re used to being on your feet all day so I was pretty sure I’d be okay.”

The pair flew to Vietnam as part of an 18-strong team assembled by tour operator Charity Challenge, which provided their mountain bikes as well as guides, accommodation and a support vehicle.

The cyclists were driven to the outskirts of Ho Chi Minh City and spent four days riding through the countryside of the Mekong delta towards the Cambodian border, about 200 miles away. They stayed in hotels at night and would be in bed by 9pm to ensure they had enough sleep.

Mrs Kennedy said: “We weren’t allowed to cycle through the city because the traffic is chaotic and very dangerous but in the countryside people were very considerate and we didn’t have to be on our guard.

“We saw some incredible sights on the roads — there were people on mopeds carrying ridiculous loads like several dozen rice sacks or a plank with six children balanced across it!

“However much you train, nothing prepares you for the heat. You’re constantly sipping from a water bottle and when you stop to rest you squirt water all over yourself to cool down.

“We were lucky to have such great support as there was very little to worry about. We could just focus on our cycling and enjoying the experience.

“Our Vietnamese guide was fantastic and was explaining the history and culture of the places we passed through.

“It was amazing seeing all these villages where the children would rush out to greet you. Their excitement really kept us going.

“In rural Vietnam, people just live for each day and to put enough food on the table. You can’t help but wonder if they’ve got the right idea because they’ve always got big smiles on their faces.

“They were absolutely lovely. I don’t think they had seen Westerners very often as they were completely fascinated and would come up to touch us.”

After crossing into Cambodia, the group visited an insect market selling edible creepy-crawlies and Mrs Kennedy tried a roasted tarantula.

She said: “I just thought ‘when in Rome’ and all that. A team-mate said it tasted like a cross between crab and pork scratchings, which is about right. It was oddly nice but I don’t think I’d eat it again in a hurry!”

The group spent that day cycling up a hilly road at the bottom of a valley, which Mrs Kennedy said was the hardest part. She motivated herself by listening to dance music.

She said: “The scenery was absolutely breathtaking and every moment was a photo opportunity.

“The landscape began rising all around us and we were surrounded by tall hills on either side.

“It was tough because of the heat and the constant incline but when we stopped for lunch I had a chance to get myself together and remember the good causes I was doing it for.

“I didn’t listen to music for most of the ride because I wanted to take everything in but on that day it just gave me a bit of extra focus and motivation.

“Some people dropped out for half a day to ride in the support van but I was determined to keep going, even when I was feeling quite ill.

“I felt very emotional cycling into Angkor Wat, which was an incredible experience.

“I felt this growing realisation that I’d actually done it and was very proud of myself.

“I'm far from a professional cyclist and if I can do it then anybody can.

“It was never that hard on my legs, funnily enough, though my forearms hurt quite a bit from the constant vibration of the handlebars as we went over rough terrain. With all those hours in the saddle, it was pretty tough on my backside too!”

The cyclists were given medals at the finish and the following morning they got up early to watch the sun rise over Angkor Wat, which is the world’s largest religious monument.

Mrs Kennedy then flew to Bangkok, where her husband was waiting, and the couple had a fortnight’s holiday in Myanmar before returning to Britain.

She said: “I haven’t disassembled my exercise bike yet and I’m sure I’ll be doing more cycling in future — I absolutely love it.”