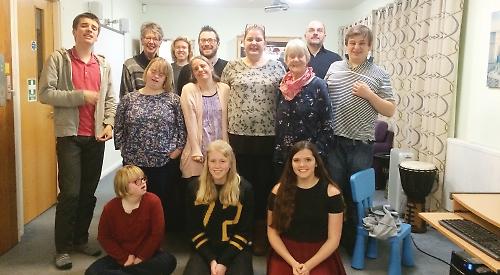 THE cast and production team of a show which raised money for the Chiltern Centre for disabled children and young people in Henley were shown round the charity’s base.

Jeux D’Esprit raised £630 through donations at three performances at King’s Arms Barn in Henley in November, As a thank-you, they were given a tour by chairman of trustees Paul Barrett and members of the centre’s buddies group, a group of 16- to 25-year-olds with learning disabilities who meet there to socialise on Mondays.