Saluting women for their service 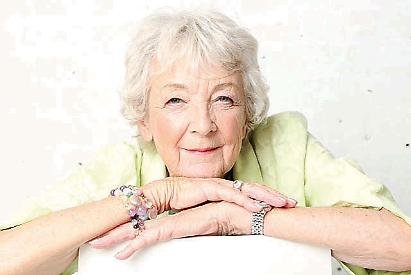 In the build-up to the awards ceremony on March 10, the Henley Standard is featuring the 14 women from the Henley area who have been nominated in categories including sport, community, education, services, courage and young woman of achievement.

This week, we feature the nominees in the community and services categories. 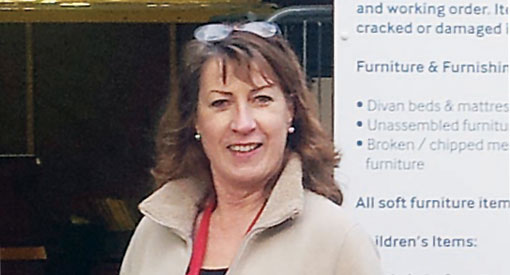 Mrs Elms, 60, supports numerous charities around the area as well as volunteering at the Sue Ryder hospice in Nettlebed.

She donates to charity shops, often being seen out and about in “vintage” clothes, and is also a keen recycler, even using old bath water for tending to plants in her garden.

Mrs Elms grows her own produce, which she shares it the community, as well as cooking “meals on wheels‟ for less able locals.

In 2015, the Henley Standard reported that she helped reunite a lost cat with its owner when the pet turned up at Joyce Grove, tempting it into a carrier with treats so she could take it to the vet.

Mrs Elms said: “It’s lovely to be appreciated and have my work noticed and l am very flattered to have been nominated for an award.”

Mrs Stoner has spent more than 50 years volunteering for charities in and around Henley.

The reiki and crystal healing therapist, who is born and bred in the town, first got charity work in the Sixties when she joined the Women‟s Royal Voluntary Service, delivering meals to the town’s over 60s club.

She has dedicated much of her life to founding various programmes to promote alternative healthcare, including a “healing glade” which was planted in Marsh Meadows in 2014.

Mrs Stoner, of Station Road, also founded the Henley Wellness Centre in early 2000, which meets weekly and offers free massages, healing and reflexology to Henley residents, who can make a donation to a charity for their treatment.

She visits the Henley YMCA each month to spend time with youngsters and is a knowledgeable local historian, regularly holding guided tours of the town.

Together with Jennifer Scott, Mrs Stoner raised funds for the refurbishment of the Green Room at the Kenton Theatre in Henley. Last year she also set up Eco Henley, a pressure group campaigning for greater action on air pollution in the town.

Mrs Stoner has also been involved in international aid campaigns, travelling to Romania in 1989 with the Women’s Institute to help in orphanages and hospitals, before later persuading the Royal Berkshire Hospital to donate an ultrasound machine to a Romanian hospital.

She set up a fund in Henley to help build new schools and computers for youngsters in Thailand when the 2004 tsunami hit. Mrs Stoner and her husband Jim were on holiday in the country at the time of the disaster.

She said her nomination had come as a huge surprise, adding: “I could not believe it. I am delighted and humbled. I have never been nominated for something like this.” 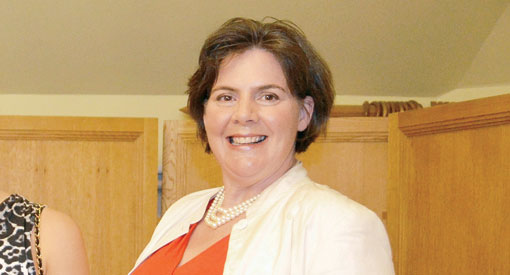 Since moving to England from her native USA twelve years ago, Ms Buckingham has become in of the community.

The volunteer at Leander Club in Henley has also helped with several of the town’s regattas, offering assistance to international crews at the Henley Masters Regatta since 2006 and taking on the same role at the Henley Women’s Regatta four years ago.

She organises housing for hundreds of every year, as well as meals, tours and any other requests, with crews often getting in touch up to eight months before the event.

At Leander, she has also been involved in ensuring that the achievements of the club’s female rowers are prominently displayed at the clubhouse.

In 2012 Ms Buckingham was chosen to assist the Team GB Paralympic rowing team at the London Olympics.

She travels back to America to volunteer at the Head of the Charles Regatta each year and has already been approached to help at the World Rowing Championships this autumn.

Ms Buckingham has raised money for charities across the world by auctioning posters from the women’s regatta which she personally had signed by Leander rowers and recently organised a kit collection for a rowing club in Cape Town, South Africa.

She is also a first aider for the British Red Cross and a first aid trainer, teaching people how to deal with injuries and accidents.

Buckingham, of Gainsborough Hill, said she was thrilled to be nominated.

She added: “You don’t do these things to get awards but it’s always nice when someone stops to say you have helped them.

“I don’t have a clue who nominated me. I actually left the letter unopened for a couple of days because I was already busy with the regatta so when I opened it I was very surprised.” 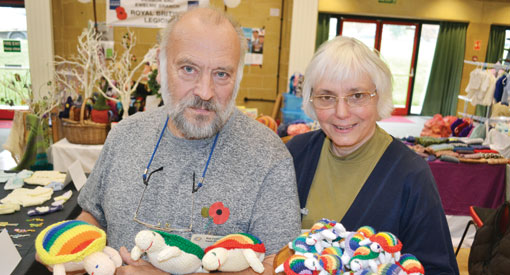 Mrs Pattison, a retired nursery teacher, helped set up the Chiltern Centre for disabled children and young people in 2004.

The centre off Greys Road, Henley, provides respite care to the families of local disabled children and also offers the youngsters a place to play and learn.

Mrs Pattison, 65, and her husband Bill, of Shillingford, near Benson, are also trustees of The Pathways Workshop, which offers paid employment to people in Oxford, as well as regularly volunteering at their local toy library in Wallingford.

She has also created a children’s character to raise money for disability charities.

Mrs Pattison, who has lived in the area for more than 30 years, designs and knits the Rainbow the Tortoise toys, which she then sells to raise funds for local charities.

She has also written and published a book starring Rainbow, which includes illustrations by her neighbour Wendy Rant.

She said: “I’m a bit gobsmacked to be nominated. It came as a surprise but a very pleasant one. I still have no idea who nominated me.

“I do know about the awards because a friend of mine, Marian Lee, was nominated a few years ago. She was the main reason I started doing half of these things, she said she needed some help at the Chiltern Centre so I went and never left!

“I’m very much looking forward to the ceremony and I’ll be taking Bill. Without I wouldn't be who I am.” 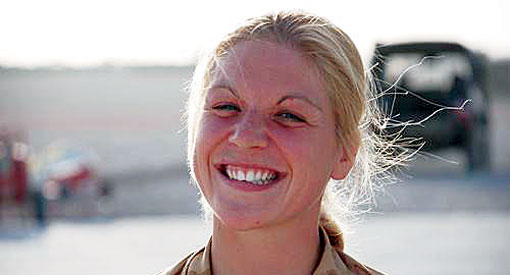 Flight Sergeant Irwin, of RAF Benson, has raised thousands of pounds for charity through adventure challenges despite being diagnosed with terminal lung cancer last year.

A veteran of nine tours of duty in Iraq and Afghanistan, Flt Sgt Irwin worked as a Chinook Crewman airlifting injured people out of danger zones. She now uses her experience to help young crewman during their training and has received a Sun Military Award, or “Millie”, for her outstanding contribution and bravery.

She is a regular competitor in biathlon and kite-surfing for the RAF and also completed an Ironman, a long distance triathlon comprising a 2.4-mile swim, 112-mile bicycle ride and 26-mile run, for charity.

Following her diagnosis, Flt Sgt Irwin continued to work, only taking a few days off for chemotherapy, before later starting a video blog to share her experiences.

In January she decided to take on a series of challenges to raise money for the Teenage Cancer Trust and the Royal Marsden, the hospital at which she is receiving treatment.

In March she will climb Ben Nevis, in May she will compete in another Ironman in Barcelona and in August she will parachute from a plane. Finally, she will hold a Forties-themed party to round off the fundraising in November.

Her campaign has already raised more than £40,000.

Flt Sgt Irwin said: "I feel very honoured to have been for this special award. It's extremely humbling. Thank you."