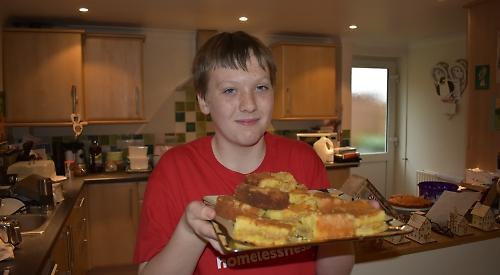 A BOY raised money for a homelessness charity after seeing the problem for himself.

Barney Clark, 11, of Luker Avenue, Henley, was in Reading with his mother Tina and sister Libby before Christmas when he noticed people sleeping on the streets. He said: “We saw six homeless people. I couldn’t sleep after seeing them so mum agreed that we could do something to raise money.”

Barney, a pupil at Gillotts School, waited until he had broken up for the festive holiday before spending an afternoon baking cakes.

He then invited friends and family to come and enjoy a cake and a drink in exchange for a donation. He raised £45 for Crisis.

Mrs Clark said she was proud of Barney, adding: “He understands having compassion for other people and sees there are people out there who are not as fortunate as us.”