My year of good deeds for mum 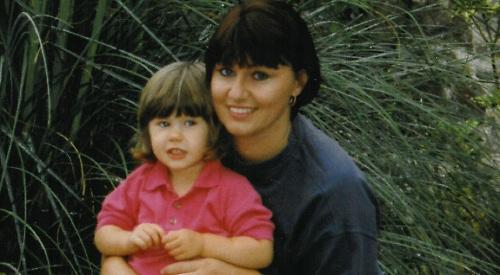 A WOMAN is spending this year carrying out 12 acts of kindness for charity.

Hannah Carter is raising money for Sue Ryder in memory of her mother Mandy Wheatman, who was cared for at the charity’s hospice in Nettlebed before her death in 2010, aged 46, from a brain tumour.

She has called her effort Acts of Kindness For Sue Ryder Nettlebed, or “Franks” (the initial letters) for short.

Mrs Carter, 24, of Grove Hill Close, Emmer Green, said she wanted to show her appreciation for the charity’s work and among her “acts” is volunteering at the hospice.

She was just 17 when her mother died and she remembers the kindness shown to her and her siblings, Aimee, 28, and Tom, 27.

Mrs Carter, who works as a nanny, said: “The staff were so fantastic, not just to mum but to my whole family. Nothing was ever too much trouble.

“They were happy for us to go whenever we wanted and they let us take our dog Harry to see mum, which really helped her.

“In mum’s final days they were there and on her last day they dealt with it with respect, love and professionalism.

“Even after she had passed away they let us go up there and I still find it comforting to go there as I feel at home with my mum.

“The hospice offers a home from home experience. No matter how horrible or sad the situation, it’s a welcoming place.

“Every single member of staff is happy and helps provide a lovely environment.

“It’s really important for people when coming to the end of their life to have somewhere warm and friendly for them and their families to spend their last few weeks.” The family have raised more than £4,000 for the charity since Mrs Wheatman’s death. This included a collection taken at her funeral.

Mrs Carter and her father Mark raised more than £1,100 by running last year’s Reading half marathon.

She will take part again this year on her own as one of her 12 tasks. She said: “My preparations have been going well, so I’m looking forward to it.”

Mrs Carter has already volunteered at the hospice a number of times, usually working with the fund-raising team — the hospice costs £3.1million a year to run.

She helped to source raffle and auction prizes for the Sue Ryder Southern Women of Achievement awards, which take place at Reading town hall tonight (Friday), and will be helping out on the night.

Last month, she spent a day with the fund-raising team in Wallingford helping to raise awareness of the charity by speaking to members of the public about its work.

Mrs Carter, a former pupil of Caversham Primary School, Chiltern Edge School and The Henley College, says that now she is a bit older and married she feels it is the right time to volunteer.

She said: “One thing I quickly learnt about volunteering was the stigma attached to it.

“It is so sad that in my generation it is almost frowned upon to give your time free to a charity.

“We need to bring more positivity into this world. Ignore the people who stereotype volunteering as ‘lame’ or anything like that — it is not.” Mrs Carter held a cake sale at the police station in Reading, where her husband John, a constable is based, and raised £260.

It was part of Thames Valley Police’s contribution to Time to Talk Day, which encourages people to be more open about mental health and is run by the charity Time to Change.

Mrs Carter will be doing more acts of kindness throughout the year.

“It’s not just about raising money,” she said. “It’s about awareness and maybe encouraging other people to do something for charity.”