Appeal for our friendship link town hit by cyclone 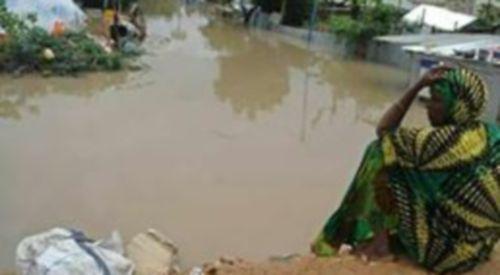 AN appeal has been launched to help people in Somaliland, where the town of Borama has a friendship link with Henley, after it was hit by a tropical cyclone.

Cyclone Sagar, which is described as the strongest ever recorded in the Horn of Africa, also affected Djibouti and Somalia. Estimates of the dead in Somaliland vary from 16 to 60.

In addition, livestock have drowned and crops, homes and infrastructure have been destroyed. The worst affected area is Adwal province, part of the region administered by Borama.

A charity called Samason’s Relief, which was set up by Somali refugees living in the UK, is collecting donations.

Henley Mayor Glen Lambert, who is president of the Henley-Borama Friendship Association, said: “Many people may not be aware of the friendship association between Henley and the Borama region of Somalia.

“However, they may have noticed that the road to the Regal Picturehouse is called Borama Way or they might have been in Mill Meadows for the annual Borama Comes to Henley event.

“Unfortunately, the Borama region in Somalia has suffered a devastating cyclone that has claimed many lives. Anyone who would like to donate to help the relief effort is encouraged to do so.”

Malcom Page, who helped establish Henley’s friendship link with Borama in 1982 after living there, said: “It is very devastating — the casualty figures are not yet absolutely confirmed but there is something like 60 people dead and a lot of livestock killed.

“The town is much more developed now than it was and that has been physically damaged and, for some people, it will take years to rebuild their stocks.”

In 1982, Borama was about the same size as Henley but it has since grown substantially. It is in the former British Protectorate of Somaliland, which was part of Somalia and ruled from Mogadishu.

Following civil war from 1988 to 1991, Somaliland claimed independence from Somalia but this has not been recognised by the international community.