The power of outdoors to help children re-engage 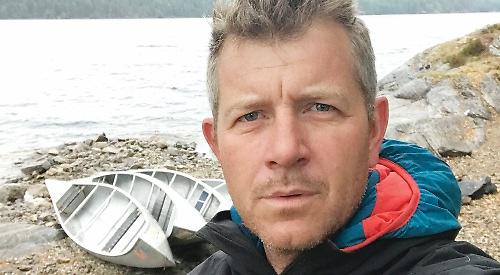 These students are often unable to cope emotionally and physically with conventional education. Many have experienced verbal and physical abuse or neglect and have not received the necessary care and attention.

Matt Bailey, who lives in Aston, launched the trust in 2011 after spending time volunteering with children who had lost their way with education at Path Hill Outdoors, based in Goring Heath.

He says: “I saw that they were doing amazing stuff with these kids struggling with mainstream education where they couldn’t deal with being in the classroom but needed some form of education.

“What they were doing was a completely fresh approach, taking kids from Reading schools that were switched off from their education and putting them in 800 acres of beechwood forest.”

The charity offers re-engagement courses and expeditions using bushcraft and wilderness learning techniques along with practical life skills to encourage the children back into learning.

Mr Bailey, who trained as a teacher, thought that this type of education needed to continue and wanted to launch a charity to help pay for it.

“What happens, in a short space of time, is you have kids with new self-value, self-worth and confidence and they are doing stuff which is really effective to build momentum and enthusiasm and that’s a powerful thing.

“It is not about getting them back into school and getting nine GCSEs at A grade, it shows them that they have the ability to try something new and see it through.

“Most of the kids we fund and support will be on a restricted timetable and our goal is to keep kids in education. We are not taking them out of school, we are just doing something different with them. We bridge the funding gaps and give them the tools to keep them motivated and inspired.”

The charity takes children in groups and also offers one-to-one. Places can be funded by schools, part-funded by the trust or completely funded by them.

Mr Bailey says: “Normally we have a child doing two days a week in school doing the core subjects and they come to us between one and three days a week and we work on specific areas with them such as their confidence and the things they are not getting in school and then we get them back into mainstream education or meaningful further education, whether that’s an apprenticeship or another course.

“We are trying to get them to learn and feel better about themselves and our success rate is pretty high.”

Since 2011, the charity has helped more than 400 children and it has about 20 on its books at the moment.

Mr Bailey works for the charity full-time and carries out all administrative tasks and runs fund-raising events while also spending time with the students documenting their progress through photo and video work.

He says: “I fund capital projects up at the centre and we are about to part-fund a building project for a kiln and outdoor kitchen. We raise on average between £50,000 and £60,000 a year.

“Everything that we raise is money that has been voluntarily given either through fund-raising or donations. We have no income from government or things like Comic Relief or Children in Need.

“Almost every single penny is used because our costs are very low. Everyone who works for us is a volunteer, myself included.”

Mr Bailey is married to Jo and they have two children Sophie, 14, and Sam, 11. The couple have attended the Henley Festival every year since 2005 when they moved here.

Mr Bailey says: “We are big fans of the festival. It is quite nice going this year knowing that we are a part of it, being one of the charity partners.

“Yes, money is an important thing as it drives the charity but what partnering with the festival will do is raise awareness of us as we are a pretty small charity.

“There are quite a few charities in Henley, so it is difficult to get your head above the parapet. The festival will give us a stage for five nights and hopefully it will get us better known.”