Firefighter says thanks for help to beat depression 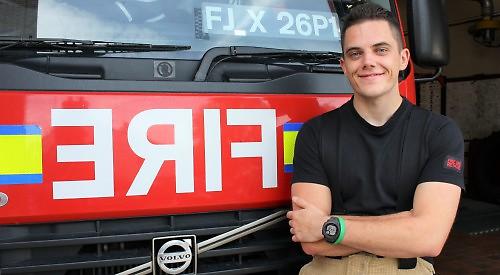 A FIREFIGHTER from Henley is taking on three fund-raising challenges for three charities close to his heart.

Jack Staines hopes to conquer the Cape Wrath Trail, the Three Peaks Challenge and Dartmoor Ultra- Marathon and raise £1,500 in the process.

He will split the money evenly between the Royal Berks Charity, the Fire Fighters Charity and TalkingSpace Plus, which provides therapy for people with anxiety and depression.

Mr Staines, 21, who lives in Deanfield Avenue with his parents, Amelia and Simon, received support from TalkingSpace Plus when he experienced a bout of depression.

He said: “I was having quite a difficult time in my personal life, which I had never really experienced before. I had depression, which I was really struggling with.

“I went to my GP and got referred to TalkingSpaces Plus. It is an amazing charity that gives face-to-face sessions or therapy over the phone. I had 10 weeks of face-to-face therapy and I found it so helpful. It completely turned my life around.

“They teach you lots of different therapy techniques and helped me to see life in a more positive light. I am now better than ever.”

He wanted to raise money for the Royal Berks Charity after his mother was diagnosed with cancer.

Mr Staines said: “The diagnosis was really out of the blue. She had to go to the Royal Berkshire Hospital for five weeks of radiotherapy and chemotherapy.

“People at the hospital have been incredible and made the experience much more bearable.

“They were so supportive and I just wanted to give something back to them.

“We are still waiting for more results and Mum is probably going to need more surgery and chemotherapy but the tumour has shrunk.” Mr Staines, who has been at Henley fire station for more than two years, also wanted to support the Fire Fighters Charity, which helps firefighters with mental, physical and social burdens.

He will take on the Three Peaks Challenge tomorrow (Saturday). He has to climbthe three highest peaks in England, Wales and Scotland in the space of 24 hours.

He has already completed the Cape Wrath Trail, a 15-day hike along the west coast of Scotland.

He was joined by two friends, Ben Rose and Oscar Boughen, who he says helped him conquer the 230-mile challenege and will also join him for the 31.7-mile ultra-marathon on September 14.

For the Three Peaks Challenge he will climb more than 10,000ft as he tackles Mount Snowdon in Wales, Scafell Pike in England and Ben Nevis in Scotland, travelling by minibus between them.

Mr Staines said: “Trying to climb three mountains in 24 hours is certainly going to be interesting. Even if you are travelling in small teams, you are on your own for long periods because people go at different speeds.

“I am not putting too much pressure on myself. I will just be happy to finish.

“I am nervous about the last challenge as I have never done an ultra-marathon. Running is probably my biggest weakness out of everything, so that is going to make the last two challenges very hard.”

He is already a long way towards achieving his fund-raising target thanks to support from friends, family and colleagues.

Mr Staines said: “Everyone at the fire station has been really supportive and most of them have made donations. It has been really nice to have a morale boost from everyone.

“My family are really proud that I am doing it. They have seen how much of a difference these charities have made to all of us.”

To make a donation, visit bit.ly/2MHCvN1