Pretty as a picture and all for charity 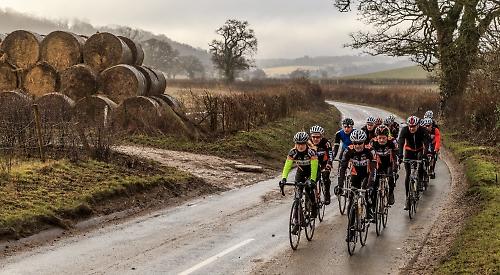 A WOMAN who lost three friends to cancer this year has created a calendar featuring images of Henley to raise money for research into the disease.

Nicola Nott, 41, of Berkshire Road, Henley, is selling it in aid of Stand Up to Cancer.

She said: “I’ve been to three funerals this year and all three happened to be for women around the same age as me and they have all left children, which is just terrible.”

One of her friends was Emily Burkett, of Greys Road, Henley, a mother of two, who died in July, aged 37. She had an incurable form of breast cancer.

Ms Nott, who has two children herself, works as a website designer and is a co-founder of the Creative Duck networking group for creatives.

She wanted to create a calendar that showed the best of Henley and went online to appeal to photographers for images.

She said: “I had wanted to do a calendar for Henley for ages as there are so many beautiful views and the perfect time of year to create a calendar is now because people are buying them.

“A calendar is also something that lends itself well to a charity angle and losing three friends to cancer in various forms made me go with it.

“I am not the kind of person who will run a marathon — to make something to sell is more achievable for me.

“With the Creative Duck I am in touch with a lot of photographers and people who have a different take on the town so getting pictures for it hasn’t been a problem.

“I put out a request on our website and on social media to see if anyone had any nice pictures they could share and lots of people sent in photographs. However, I couldn’t use a lot of them because they were taken on mobile phones so the quality wasn’t there or they were portraits.”

The images include bluebell woods, Henley Bridge, the royal regatta and the River Thames.

Ms Nott said: “I picked 12 images that I thought worked best with each other. I wanted them to gel well together and show the different sides of Henley.

“The town centre and regatta are great but when I see them on calendars they don’t always do Henley justice.

“This calendar is colourful and the pictures reflect the changes in the natural landscape throughout the year.

“The difficulty we had was that a lot goes on in July so events such as the Henley Festival had to be missed out. Hopefully, we have been able to capture the essence of life living here.”

Her favourite picture is April’s, which features Fawley Court appearing between trees, the river and the natural landscape around it. Ms Nott said: “The picture is great because it looks like Fawley Court is a lovely little secret because you can only see it when you go on a certain walk.”

A more controversial image is that of Henley Bridge illuminated by fairy lights, which were put up without planning permission.

Ms Nott has used it to illustrate October and said: “The bridge lights look pretty. I thought it looked like the beginning of Christmas.”

Ms Nott said: “I would like to give a huge shout out to Jim, whose pictures I could have used to fill a whole calendar. He sent me about 20 and they were all excellent. He is fantastic.

“I am thrilled with the quality of the pictures overall. I think they are a fresh and modern look at living in the area.” The calendars, which are A4 in size, cost £8 to buy and are for sale at the Cancer Research shop in Duke Street, Henley, and the neighbouring Creative Duck pop-up shop, which will be open until December 8.

The shop is selling a range of items, including art, stationery, vintage furniture, ceramics, jewellery and home and fashion accessories.

Ms Nott said Creative Duck takes a percentage of what the sellers’ make, adding: “Each seller takes a turn in working at the shop on a rota so it’s an affordable way for them to have a presence on the high street and for people to see products that are more unusual but at the same time are really professional stuff.”