Man has head shaved by wife and son for cancer charity 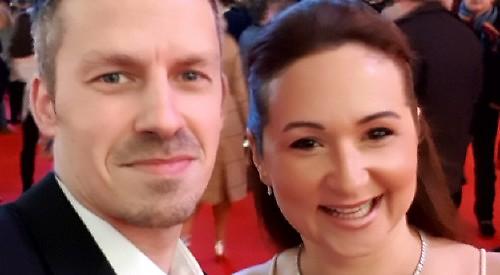 A MAN from Wargrave had his head shaved to raise money for Macmillan Cancer Support.

Brad Morgan, 34, who lives at Hennerton Golf Club, wanted to remember his grandmother and uncle, who both died from cancer.

He ordered some clippers online and sat in his garden as his wife Margaret, 38, an interior designer, and their five-year-old son, Austin, took turns removing his hair.

Mr Morgan said: “I sat there with a towel around me and watched as my hair dropped down.

“It is grade three, so it is really short all over. Normally, I like to have it long on top. It doesn’t feel too different but it is odd when I catch myself in the mirror.

“Because we are in lockdown I wanted to get some clippers and cut my hair anyway so whenI saw the Macmillan information come up online I thought I should raise some money while I did it. Austin was quite happy to help but says if I want to look at him now I have to wear a mask!”

His grandmother Molly Metcalfe died in February 2017 after a battle with cancer and his uncle, Neil Lovesey, died earlier this year from lung cancer.

Mr Morgan said: “It is something that my family has been affected by quite a bit. My grandmother had quite aggressive cancer that took her quickly.

“They found it in her kidneys but she was too far gone for any form of life-saving treatment and they then found it in her lymph nodes, stomach and throat. Macmillan provided her with a carer to be with her. I think my uncle knew he was terminal and didn’t want to make it a long and sad affair.”