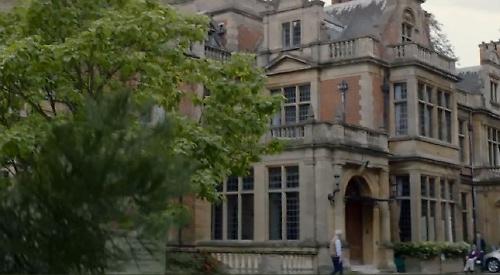 THE director of Sue Ryder’s palliative care hub at Nettlebed has renewed calls for residents to support the charity through the coronavirus pandemic.

Maria Turnbull says the centre at Joyce Grove is facing a £1.6 million funding gap for the rest of this financial year and will be struggling by winter even if the country manages to avoid a second wave of the disease.

It received Government funding as part the Chancellor’s aid scheme for charities but won’t be eligible for a share of the £3 billion being made available to support health services as this excludes hospices.

The charity has had to close its shops including the one in Duke Street, Henley, and fundraising activities have had to stop.

This has resulted in a “deeply concerning” drop in income and casts doubt on the charity’s future for the first time since its launch in 1953. It is also facing increased running costs as it had to order personal protective equipment for its doctors and nurses.

The charity announced an emergency appeal which has so far raised £107,000 in South Oxfordshire.

In a letter to this week’s Henley Standard, Ms Turnbull said: “We received the most wonderful response and I’d like to take this opportunity to say a heartfelt thank-you to readers.

“We are so very grateful for the support you have shown us [but] unfortunately our struggle is not yet over.

“We are anticipating a funding gap of £1.6 million for the rest of this financial year along, which is why we still so desperately need the support of our local community. We know times are tough for everybody at the moment so please be assured that every bit really does help.”