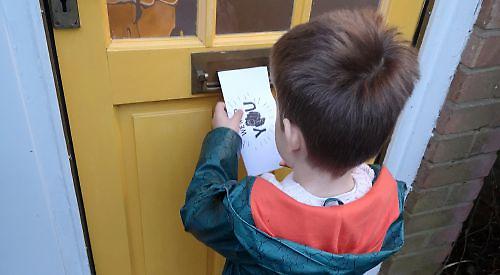 THE pre-school in Wargrave is hoping to bounce back after a tough year.

Most of its planned fundraising activities have had to be cancelled due to the coronavirus outbreak.

The pre-school has applied to Wargrave Parish Council for a grant of £10,000 but says more money will be needed to secure its long-term future.

It is a registered charity, started in 1980 and is run by a committee of volunteers.

Wokingham Borough Council contributes towards 15 free hours of childcare a week but this does not cover the running costs.

Layla Pipe, lead fundraiser and a committee member, said: “It is not at risk of closing in the immediate future. However, if we do not act now then it will be.

“We cannot wait until the eleventh hour to address fundraising issues and we have to be proactive and ensure there is steady support coming into the pre-school so that we are able to secure our future for the next five years and keep going forward.

“We never want to reach the stage where there is no money in the bank. It is a community asset and that is why the community needs to get behind it. It is invaluable; we are the only childcare option in the village as there is no nursery. It is a vital resource for people who want to get back to work.

“We’ve been working around the clock to make sure we are safe for the next couple of months but it is not something you will ever be able to stop doing.”

The pre-school, which has eight staff and 25 children, meets on weekdays in a building on the village recreation ground which it hires from the parish council. It was closed during the first national lockdown but has remained open since September without having to reduce the number of children allowed on site.

Nursery manager Kirsty Butler went on maternity leave in February when Kate Harper-Cole stepped in but she followed suit in September.

Emma Clegg is now serving as the interim manager, while Isie Carter is chairing the committee.

The pre-school was rated “good” in all areas by Ofsted following its last inspection in October last year.

Mrs Pipe said the building needed “significant” repairs but that it was more important to focus on keeping the pre-school’s finances in order.

“Our fundraising has taken a massive hit,” she said. “Everything was looking rosy and then we weren’t able to hold any events. We lost about 20 per cent of our income because of covid.

“We would dearly love to fund-raise for ourselves but we have to focus on keeping the pre-school open for the children.

“This is such a welcoming and warm community and I’m sure that everybody will be supportive of maintaining this essential service.”

The committee had hoped to hold a summer fair, a Eurovision party and gala this year but these had to be cancelled.

Recent fundraising efforts have been boosted by the pre-school’s online auction of promises, which raised £1,359.

Parents and local businesses donated auction lots and the highest grossing lot was a workshop tour of GTO Engineering in Hare Hatch, which made £170.

Plans for future fundraising events include a digital quiz and a raffle for a Mother’s Day hamper.

Mrs Pipe said: “The auction of promises was a fantastic event to run during lockdown with it all being online and we are very grateful to everyone for their donations as everyone has had a tough year. The children are doing thank-you cards for them.

“It really caught people’s attention and going forward our events will focus on raising the profile of the pre-school and involving as much of the community as possible.

“We need to keep applying for grants and sponsorship. We aren’t entitled to any of the Government’s crisis relief funding because we don’t pay business rates.

“We’ve had a lot of challenges over the last two years and the pre-school has always come through. Isie is amazing and I don’t think she gets the credit she deserves.”

Children have been out leafleting to raise the profile of the pre-school.

If you would like to donate, text “WPS” to 70085 to give £5, plus your standard network charge. If you have any ideas for fundraising or can help, email info@wargravepreschool.com