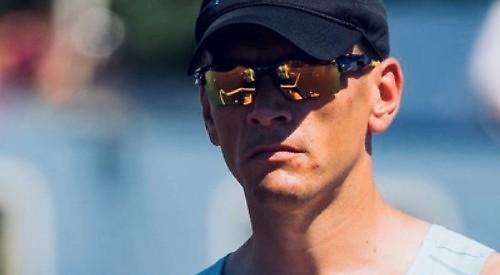 EIGHT members of Upper Thames Rowing Club will row the length of the River Thames in a bid to raise money for two charities next week.

The men have signed up for Race the Thames, which starts on Monday and involves rowing 346km in seven days on ergos.

Each person must row 6.2km a day to reach the final total and the money raised will be divided equally between Help for Heroes and London Youth Rowing.

Mr Mills, a teacher from Cholsey, said: “We’re all classed as masters, which doesn’t mean we’re better, it just means we are old. In rowing, anybody over 28 is classed as a master.

“This challenge has been planned since 2019 and was supposed to be on the Thames but because of flow rates and for various other reasons it has never happened, so Andy decided to turn it into a digital challenge.

“There is a competitive element because there will be 150 other teams taking part. It is a fine balancing act to mitigate fatigue over the seven days. While 6.2km isn’t a huge distance on its own, trying to do it flat out daily over seven days is probably going to result in burnout for some of us.”

London Youth Rowing to reaches out to people from disadvantaged backgrounds and encourages them to enjoy the sport, while Help for Heroes provides lifelong recovery support to service personnel who have been wounded or injured in the line of duty.

Mr Mills, 37, a former design and technology teacher at the Oratory School in Woodcote who now teaches at Bradfield College, said: “I’ve been training well since September and I’m pretty happy with the times I’m producing.

“There is a lot of chat on our WhatsApp group about how best to pace it but the event gives us the flexibility to do it in 500m chunks, so it doesn’t have to be all at once.

“Part of what Andy is trying to achieve with this is building a sense of camaraderie and crewmanship.

“We haven’t had a proper race since December 2019 and we missed out on the regatta, which is massive for the club. It has been pretty devastating and then there is the whole social aspect as well.”