Woman cycles in memory of boy 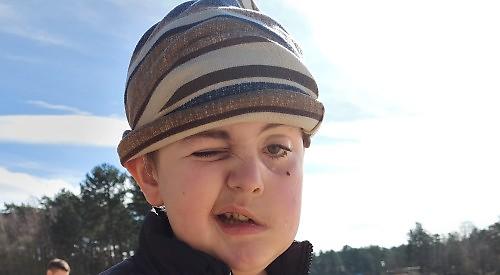 A WOMAN is cycling 274 miles to raise money for Brain Tumour Research in memory of Charlie Ilsley.

Claire Brown, from Cheltenham, is taking part in the Cycle 274 Miles in August Challenge organised by the UK charity in memory of the 13-year-old boy, who died in December.

Charlie, who lived in Buckingham Drive, Emmer Green, passed away after losing a long fight with cancer.

Miss Brown first heard about Charlie’s story several years ago when an appeal to raise money for his treatment was broadcast on Channel 4.

She decided to get in touch with his parents, Toni and Mark, to offer her help and helped raise more than £100,000 in 2018 for Charlie’s treatment in Turkey.

She now hopes to raise £1,000 in his memory to help other children with cancer. Miss Brown, 45, said: “Charlie struck a chord with me. He seemed so courageous and just a very laid back character — he was brave with everything he went through.

“Unfortunately, his treatment didn’t work so now I want to raise awareness about brain tumours. The statistics for children and young adults with brain tumours are woefully poor with only 12 per cent surviving after five years.

“I want to make change happen. We need more government funding to stop other kids like Charlie needlessly dying.

“If there was sufficient funding then Charlie’s story might have been different but, sadly, we’ll never know.

“We’ve got to stop more children from succumbing to this evil disease and pressure the Government to cough up to fund lifesaving research.”

Miss Brown has already completed 140 miles, despite her own health issues.

“I have a long-term condition, so I was wary at first but the challenge is helping and it’s going pretty well,” she said. “I want to raise as much as possible.”