Mermaids (minus one) in second attempt to swim Bristol Channel 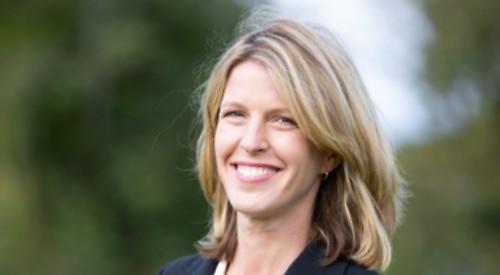 A GROUP of women are planning to make their second attempt at swimming 45km across the Bristol Channel later this month.

The Henley Mermaids came within 4.5km of the finish during their first swim on July 22 but had to stop because they were in danger from the strong tides.

Laura Reineke, Jo Robb, Joan Fennelly, Fiona Print and Susan Barry had swum an hour at a time in relay between Ilfracombe in North Devon and Swansea in South Wales.

They had actually completed 60km in 14 hours but the tides prevented them from making a safe landing.

The exact date of the second swim is likely to be on a day between today (Friday) and next Sunday, depending on the conditions of the sea.

However, the Mermaids will be without Mrs Robb as she is unavailable due to other commiments. She will be replaced by either Helen Murcott, another member of the Henley Open Water Swimming Club, or Cath Pendleton, who lives in Wales and is known as The Merthyr Mermaid.

Mrs Robb, from Shepherds Green, was part of the Mermaids team that swam the Channel in aid of Henley Music School last year.

There will also be a change of pilot as the women have decided to swap Ceri Davies for Andrew Edwards, who has successfully helped solo swimmers to complete the Bristol Channel challenge.

Mrs Reineke said: “We are going to try a different tide this time and we have a spreadsheet of when the different women are available, depending on when we get the call.

“As we do more and more challenging things, I think it is a given that we will mix it up. We are really confident that we can do it this time but there is never a guarantee and you should never be blasé about it.

“I think what happened last time just goes to show that nothing we do is easy but we are relentless and we won't give up.”

The Mermaids are swimming in aid of Sunrise for Brain Conditions, a charitable partnership that supports research into Huntington’s disease, Parkinson’s disease, motor neurone disease and multiple sclerosis.

So far, they have raised more than £16,000. To donate, visit henleymermaids.
com/bristol-channel