THE Mayor of Henleys pancake race took place on Saturday.

Four teams took part in the event, where competitors ran lengths of Market Place while flipping a pancake.

Click here to view our picture gallery of some of those who joined in the event.

The event was won by a team from Henley Brownies, who won all three of their races.

The team, made up of Charlotte Green, nine, Lucy Paige, nine, Sophie Baker, 10, and Lottie Baker, seven, beat the Chiltern Centre in the final race, having earlier beated the Mayors team.

The other team to compete were the Gardening Buddies.

Lottie Baker won the Mayors award for the best childrens hairdo with her green and red dyed pigtails. The adults award for best hat went to Caroline Langler of the Gardening Buddies for her floral headpiece.

Jools Buckett, six, was given a special prize for joining the Mayors team at the last minute. 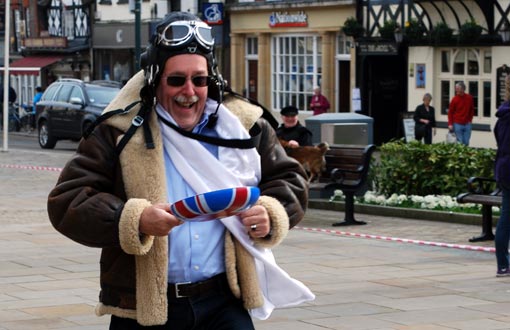