THE organisers of Hope for Henley have hailed it a success.

A range of events took place as part of a nationwide Hope project to encourage churches to reach out to their communities.

Russell Martin, assistant pastor at Henley Baptist Church, said: We were really happy to see lots of families getting involved.

Hope began on Friday with a fun day at Freemans Meadow, off Fair Mile, where there was a climbing wall and team games.

This was followed in the evening by live music at the d:two centre in Market Place, where Mr Martin performed with 20-year-old Susanna Szczypula, of Valley Road, Henley. 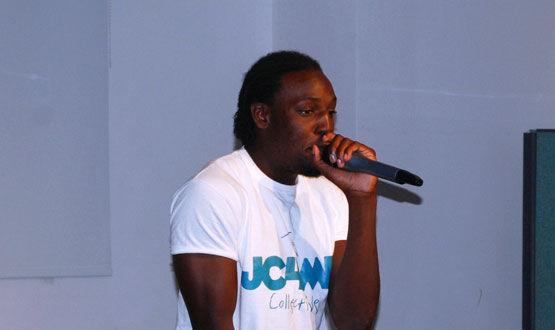 Rapper Teelou, otherwise known as Tolu Awojobi, who lives in Woking but is a former student of the Henley Business School, also performed.

On Saturday, volunteers weeded the playground and cleared pathways at Freemans Meadow, while another group offered free car washes at Christ Church in Reading Road. In the evening, there was another live music event at d:two.

About 120 people attended the church service in Mill Meadows on Sunday, which was followed by a barbecue and the boat trip courtesy of Salters Steamers.

Mr Martin said it was unfortunate that the event clashed with Reading Festival.

He said: We didnt have the attendance we were hoping for on Friday night but we had more young people along than we have had for any of our other youth events so that was good. We had a few people coming along who wouldnt normally be in church and that is really what we wanted.

About 10 drivers stopped to have their cars washed.

Mr Martin said: People were very pleased that we were offering the service free and surprised that we werent collecting money for anything. It was nice to be able to tell people that they could give money to a good cause if they wanted but that this was just a gift.

The service was led by Mr Martin and Baptist Church pastor Roger Cole. Mr Martin said: We had about 120 people and a few passers-by. We are not terribly formal in our style so they were able to relax and enjoy it.

The barbecue and bouncy castle were very popular with the kids and the boat ride was nearly full. The response seems to have been quite good and we will look to do something similar next year.