3,000 take on The Thames Path Challenge

MORE than 3,000 people took part in a charity endurance walk that ended in Henley.

The Thames Path Challenge took place on Saturday and Sunday, beginning in Putney and following the river.

Click here to see more photographs of those who took up the challenge.
Entrants could walk the full 100km or 50km from the halfway point at Runnymede, near Windsor.

They could also walk or jog a 25km course along the last quarter of the route.

The 100km walkers set off on Saturday morning and began arriving in Henley in the afternoon.

The route took them past Aston and Remenham and then around the town centre before finishing in Mill Meadows.

People continued to arrive during the night and throughout Sunday as some completed it in one while others stayed in hotels overnight. 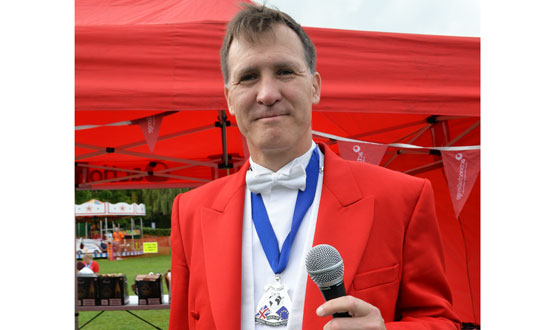 Everyone who took part received a glass of champagne, a bottle of water and a medal.

Throughout the weekend there was a funfair on the meadows with the proceeds going to charity.

Councillor Wood said: It was an honour to meet so many inspirational people and a lot of money was raised for some great causes.

The first person to finish was a Japanese man who completed the 100km in less than 10 hours.

He said he absolutely loved Henley and the view along the river coming into the town was one of the best he had ever seen, said Cllr Wood.

The four women walked non-stop apart from a half-hour break at Runnymede, where they hurriedly ate a dinner of pasta before pressing on.

They ran in short bursts several times to break the monotony of walking and followed glow sticks marking the path during the night.

They raised almost £6,000 for CATSYPP, an after-school club in Reading that cares for children on the autism spectrum, including Mrs Parkinsons 10-year-old son Tom who suffers from Aspergers syndrome as well as anxiety, dyslexia, dyspraxia and ADHD.

Mrs Parkinson, who is married with another son, Ben, nine, said: It was pretty brutal, especially at the end, but it was worth it because it was for such a good cause.

Tom couldnt see why anyone would walk for such an extraordinary length of time but he understood that it was raising money to support something he enjoys. He was there part of the way round and was very pleased to see us.

Lu Potter, 51, and husband Robert, 57, from Chalkhouse Green, walked the 50km course and raised £900 for Diabetes UK.Mrs Potter is a type 1 diabetic and has an insulin pump permanently attached to her body.

The couple, who work for chemical company Johnson Matthey in Sonning Common, left Runnymede at 9am on Saturday and finished just over 11 hours later. Their son Ben, 22, cheered them across the line.

His wife said: We knew it would be a challenge but were glad that we took part.

Four mothers from Wargrave took part in the challenge in a bid to raise £1,000 for a play area at the village pre-school.