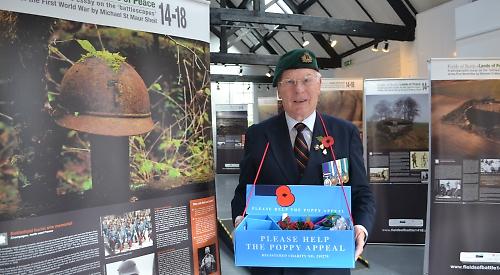 A COLLECTION of photographs commemorating the battlefields of the First World War are on display at the Old Fire Station Gallery in Henley.

The images were taken by photographer and First World War expert Michael St Maur Sheil and include the Somme, Verdun and Ypres. They are accompanied by background information.

The exhibition opened at the gallery in Market Place on Friday and runs until tomorrow (Saturday). It is free to enter but there are collections for the Poppy Appeal.

Alex Manning, a former Royal Marine and Royal Navy lieutentant commander, who is a member of the Henley and Peppard branch of the Royal British Legion, said: “Pictures speak a thousand words and Michael has visited these battle sites all over the world.

“This exhibition specifically focuses on the Western Front, where the bulk of the British Army was deployed. It’s about commemorating, not celebrating, and is complementing this year’s Poppy Appeal.”