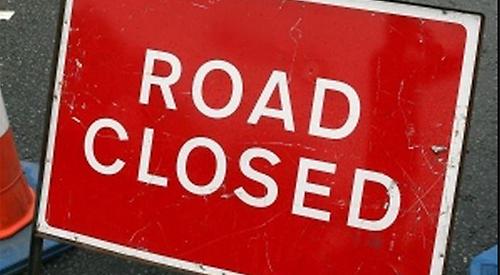 PEOPLE exercising in Charvil have criticised the parish council for closing a car park due to the coronavirus restrictions.

The car park at East Park Farm has been out of bounds since January 21. The gate is opened only at the start and end of school days to allow parents to drop-off and collect children attending Charvil Piggott Primary School.

The council says this was in response to a “dramatic” increase in the number of visitors and “various breaches” of coronavirus safety guidelines.

However, the decision has angered some people who say it’s wrong to exclude them at a time when exercise is important.

Zoe Robson said: “I really do not understand this decision. I live in Twyford so, yes, I have been driving five minutes down the road and parking there so my toddler and I can exercise in the fresh air.

“We never meet anyone there and, hand on heart, I can say over the past six months of going at different times and days I have never seen more than five or six cars in the car park.

“Where exactly are people supposed to go for exercise now? I don’t want to drive to Dinton Pastures as that’s supposed to be for Woodley residents.”

Ali Payne said: “This is ridiculous. We’re advised by the Government to stay locally to exercise. That’s what people have been doing by parking here and walking around the huge area. Where would you prefer us to exercise?”

Suzette Tagg added: “I’d like to know what part of the government guidelines this decision is supposed to comply with. There is nothing in law or the guidelines that says you can’t drive to a local park.

“This is supposed to be a public space that we pay for out of taxes. Compared with many other local parks, Charvil isn’t exactly heaving with people, so what’s the concern exactly? Who is making this decision and on what basis?

“It seems to me that the rules are being made up as they go along without challenge.”

More recently, the parish council has also closed the multi-use games area at East Park Farm, saying it was advised to do so by the Public Protection Partnership, which is responsible for environmental health issues for Wokingham Borough Council.

A council spokesman said: “Charvil Parish Council notes the concerns of some of its residents that the car park closure is an unnecessary restriction on the local population.  This was not an easy decision as nobody wants more restrictions but there were breaches occurring on the sports field by non-residents, plus increasing numbers of visitors who clearly did not know the area.

“The council had been contacted by residents who were concerned about the safety of using the park with the increasing numbers of dogs being exercised there. Our primary concern is the safety of our residents and many of those who live close to East Park Farm have expressed gratitude for the gate closure and even wondered why the council had not done it earlier.

“The situation will be kept under review and the car park will be opened again when it is deemed safe to do so.”