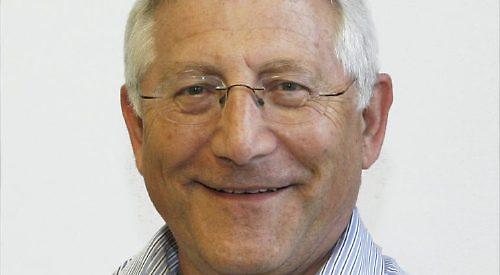 A MAN who served as a parish councillor in Charvil for nearly 30 years has stood down.

Jim Gillett resigned in order to spend more time on his fundraising commitments with the Rotary Club of Reading Abbey.

He joined Charvil Parish Council in the spring of 1992 and served two terms as chairman from 1999 to 2001 and from 2017 to 2021. He is believed to have been the council’s longest-serving member.

Councillor Claire Andersen has also announced her decision to stand down after four years.

She recently qualified as a yoga instructor and wants to focus on teaching it.

Mr Gillett, who lives in Waingels Road with his wife Liz, came to the village in 1986 from Bracknell.

He said: “I was aware of the parish council in the six years before joining it. It was pretty ineffective and there was a growing level of concern that it was just a talking shop.

“Someone banged on my door and said I should join and I thought that sounded like it would be fun to be part of. I’m definitely the last from that generation.

“There is always sadness when you leave something like this but I thought about it long and hard and it was not a rash decision that I wish I could go back on.

“Last year, I was chair of the council and president of the Rotary club and it just got too busy. Now just seems like the right time to go and I get a lot of pleasure from organising the fundraising with the Rotary club.

“I had intended to do 30 years and thought it would be good at that point to have a change but more recently we have had quite a few changes so I thought I would just stay as long as I could. I have turned 70.

“We have done a hell of a lot over 30 years. The council has developed from what started as a group that just got together into a much more organised team and we have a very good clerk. To have an effective parish council, you need to have a good clerk.”

Mr Gillett said one of his favourite memories of his time on the council was when it took over responsibility for the pavilion and sports field at East Park Farm.

Ownership was transferred from Wokingham Borough Council in 2016. Now the parish council is making plans to replace the building as it is old and in a state of disrepair.

Mr Gillett, a retired business development manager, said he would like the new facility to become a hub for the village.

He explained: “I would like Charvil to have a bit more of a centre and that’s what we are trying to create.

“It turned out to be a bit of a poisoned chalice because what was built there was cheap and cheerful and now one of the big problems we are wrestling with is how to replace the pavilion and what with.

“We have tried to develop something that will be of long-term benefit to the village and that is fun and what we are here to do. If you don’t enjoy it, then you shouldn’t be on the parish council.

“If we can get what we are planning, it will be a pavilion but it will also be a meeting place that will have a café and facilities for a
pre-school.”

Mrs Andersen has lived in Park Lane with her husband Barry for 10 years. She spent 41 years working in the NHS specialising in mental health and has made it her focus to ensure more disadvantaged residents have a voice.

She said: “I try to think of the people who aren’t being represented. There is poverty in Charvil, there are people with mental health issues and there are lonely people so I try to take on their perspective.

“One of the first things I did after joining was to get a bottle bank in Charvil. If you want things to change, you have to be active rather than just sitting and saying things should change.

“I have prioritised other things now. I have done yoga for 40-odd years. When you work in a stressful job you need to know how to look after yourself.”

Mrs Andersen has been responsible for staff on the council and in charge of the neighbourhood plan group. The council launched the plan in May with the support of Maidenhead MP Theresa May and is currently in the process of analysing data from the public consultation stage.

Resident Robert Jones, of Park View Drive North, has taken over as chairman of the plan group with Councillor Mike Heath as vice-chairman.

Mrs Andersen added: “I would encourage people to become part of the parish council. I will miss it.

“I always wanted the council to be community-minded and I would say we have achieved that with projects like the orchard and the way we have worked on our neighbourhood plan.”

She said: “Jim was going to stand down in May anyway and he has done 29-and-a-half years, so I think the council will have to do something to mark his retirement.

“He has given an awful lot of time to serve Charvil’s residents. He was very good at talking with residents whenever things became heated and he could put across the council’s point of view in a straightforward and honest manner.

“Claire was very focused on environmental issues and the orchard project. She always liked to remember the residents who are perhaps not as affluent.

“She trained as a nurse, so she is very keen to make sure facilities are accessible for all residents.”

If you are interested in joining the parish council, email the clerk Miranda Parker at clerk@charvil.com